The director of the 1995 flick, Iain Softley, says “there has been some interest” in having the PC-pirates regroup for another techy adventure.

“I don’t think any of us would want to do it unless we thought it was worthwhile to do. We wouldn’t do it as just a commercial exercise,” the Chiswick-born filmmaker told Collider. “But there has been interest, from kind of mainstream producers. So it’s something that’s being actively considered for the first time ever, really.”

“Hackers”, featuring then-youngin’s Angelie Jolie and Matthew Lillard, told of a teenage hacker that finds himself framed for the theft of millions of dollars from a major corporation. Master hacker Dade Murphy, aka Zero Cool, aka Crash Override, has been banned from touching a keyboard for seven years after crashing over 1,500 Wall Street computers at the age of 11. Now keen to get back in front of a monitor, he finds himself in more trouble than ever. 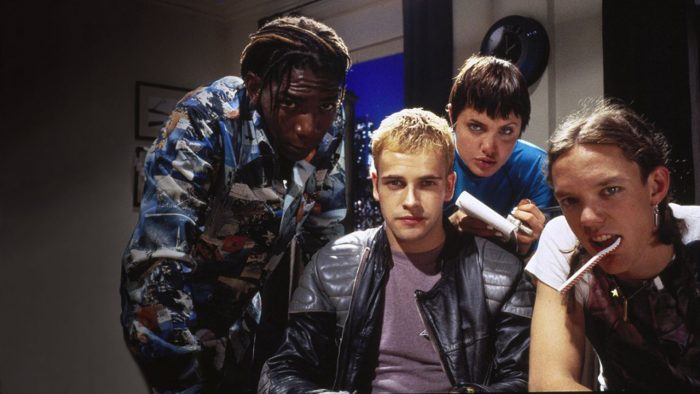 Softley, 63, thinks that a sequel could explore just how big and scary the world wide web has become in the 21st century.

”What’s happened now, with big data, and the way that it’s actually broke through and become maybe the dominant force in the world, in terms of influencing politics and finance and elections, that I think there is a call, for the first time ever, that the Knights of the Round Table should be woken up to sort of answer the call again. And there are a couple of conversations,” he explained.

The original film came along at a much “simpler time”, says the filmmaker.

“It’s much more complex [now]. It’s much more dangerous that it would become outdated almost as soon as the film’s released. But there are certain cast members, certainly the guys who work with Chris Nolan, DNEG, they’re approached all the time about, ‘Why isn’t there [more Hackers]?’ And on the internet, on Twitter and social media, people are asking about that possibility.”

Though a bit of a comb commercially and critically when it opened in 1995, “Hackers” has gone on to become somewhat of a cult fave. Like a few other choice under-performers of the ’90s –   like “Office Space” and “The Long Kiss Goodnight” – it went on to become a heavily-rented VHS and DVD over the years.