The Dark Knight‘s Aaron Eckhart has stepped in for Alec Baldwin, who could no longer make the dates work, over on Jesse V.Johnson’s Chief of Station.

Cameras roll next month on the spy thriller with a cast that also includes Olga Kurylenko and Alex Pettyfer.

In Chief of Station, after learning that the death of his wife was not an accident, a former CIA station chief (Eckhart) is forced back into the espionage underworld, teaming with his protégé (Pettyfer), adversaries and a rogue agent (Kurylenko) to unravel a conspiracy that challenges everything he thought he knew. 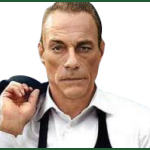 Anthony Hickox (Hellraiser III) wrote the screenplay and will direct the film, which will follow four mercenaries who find a hidden treasure in the Congo. They bury it and agree to meet back at the same spot in three years and split the fortune evenly, but things take a different turn.