Back in January, “Young Guns” writer John Fusco worked fans of the classic western into a frenzy when he took to Twitter to announce he’s writing a third film in the series. The concept art he posted alongside the announcement hinted that, of the original cast, Emilio Estevez, Lou Diamond Phillips and Christian Slater would be saddling up again.

Estevez soon confirmed his involvement in the project, reprising Billy the Kid, and today, we’ve another lock for “Young Guns III”.

“I got that phone call a year ago”, the “Prodigal Son” star tells Forbes. “I know that Emilio has been working on it, and what’s even more encouraging is that John Fusco, the creator of the first two movies, is working on it with him. There’s just enough ambiguity about Chavez’s death that means he might have survived just like Billy the Kid did.

“I will say that there are a couple of other characters where we’re not sure what happened. It’ll maybe be one of those ‘get the band back together’ kind of situation. If they can make it happen, I’ll be there.”

No word on when the film goes before the cameras, let alone a release date but seems Fusco and Estevez are pretty determined to get it moving.

According to IMDB Pro, “Guns III : Billy the Kid” will also be be directed, co-written and produced by Estevez.

There is many a slip twixt the cup and the lip — William H. Bonney. #YoungGuns pic.twitter.com/GMsaOMHgxA 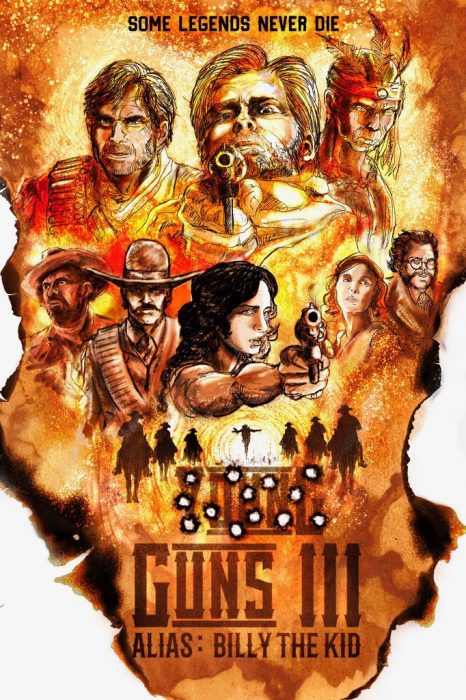