Famed composer Danny Elfman (“Batman”, “The Simpsons”) will reunite with Sam Raimi on “Doctor Stranger and the Multiverse of Madness”. [More…]

Well, this is exciting…

Tim Burton is bringing Wednesday Addams to Netflix in a live-action coming-of-age series!

Burton will also make his TV directorial debut on the sleuthing, supernaturally infused mystery that follows Wednesday as a student at Nevermore Academy pic.twitter.com/8ei3wIUrxq

Marwan Kenzari (“Aladdin”) has joined the cast of DC’s “Black Adam”. The Dwayne Johnson starrer is on track to begin lensing this April in Atlanta. [More…]

CBS is calling it a day on “Mom”. The Allison Janney-starring sitcom will conclude this spring, with its series finale set for Thursday, May 6 [More…]

Even before the first season has aired, HBO max has renewed “Gremlins”, the animated prequel to the hit ’80s movie. [More…]

Jennifer Garner will star in the Netflix comedy “Body Leave”, which, according to the synopsis, tells of the Bremmers who “wake up to a full family body switch, they quickly realize the same thing has happened to a family on the other side of the world; they must unite with this group of strangers and determine how to undo the body switch, all while hilariously navigating daily life in a different body, before it is too late.” [More….]

Matthias Schoenaerts (“Rust and Bone”) will play the title role in “Django”, a new Western series from Canal+ and Sky that will head into production in May 2021. The 10-hour series will be produced by Italian independent company Cattleya and France’s Atlantique Productions, as a Canal+ Création Originale and Sky Original title. [More….] 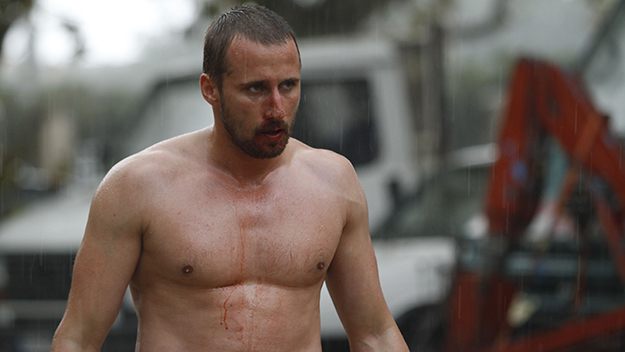 HBO Max are doing a small-screen reboot of “Constantine”, with Guy Bolton attached to write. According to sources, the show would tie in to the “Justice League Dark” series that is currently at the works at the streamer with J.J. Abrams executive producing via Bad Robot. The network is now scouting for a John Constantine. [More…]

StudioCanal has confirmed that work is underway on a third “Paddington” movie. [More…]

John Wesley Shipp will reprise his role as The Flash in an episode of DC’s “Stargirl” for it’s second season over at The CW. [More….]

Kate McKinnon, who was due to star in and executive produce, has departed Hulu’s “The Dropout”. The “SNL” star was set to play Theranos founder Elizabeth Holmes on the series. [More…]

The teaser trailer for Disney’s “Cruella”, starring Emma Stone as the “101 Dalmatians” villain, has been released. Pic releases May 2021.