In what will be pure ice cream to action fans, Oliver Harper‘s engrossing  “In Search of The Last Action Heroes” revels in it’s many stories, clear insight and profusion of footage from the steadfast action movie genre.

Chronicling the rise of the so-called ‘action movie star’, but largely concentrating on that golden time of Reagan-era muscle like Stallone and Schwarzenegger, it’s a wide-encompassing documentary that hears first-hand why names like the aforesaid, as well as Cynthia Rothrock, Bruce Willis, Michael Dudikoff, Jean-Claude Van Damme, Dolph Lundgren and Scott Adkins would go on to become favorites on the action cinema scene.

Harper and co-writer Timon Singh also take it one step further, by exploring why some of those names no longer work in the market place, while others do. 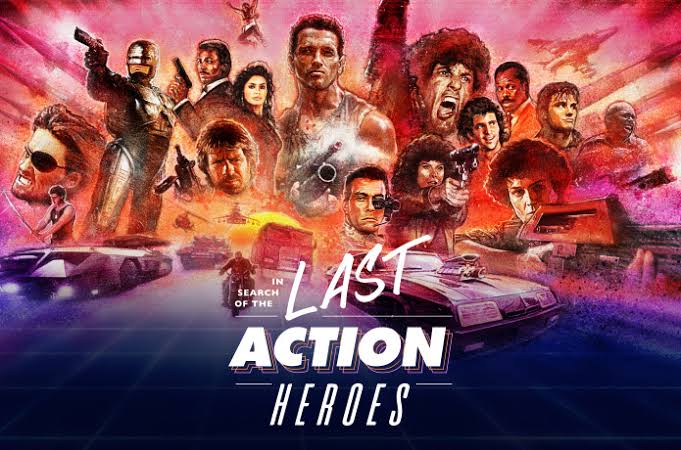 Beautifully crafted stuff from Via Vision, and an absolute treat for those who’ve had to settle for a few odd episodes on YouTube here and there, “E-Street :Collection One” rounds up the first 96 episodes of the Australian teenager’s favorite guilty pleasure of the ‘90s and gifts them in a slick, stout box.

With a pinboard’s worth of TV Hits staples (Toni Pearen, Marcus Graham, Adrian Lee, Melissa Tkautz, Bruce Samazan, Simon Baker), profusion of pop music (from the likes of The Teen Queens and Eurphoria), and some of the most ridiculously cheesy and ‘strange’ storylines, it’s so irrefutably a show of it’s time.

Like fellow addictive oddity “Melrose Place” (another series now available in separate collections that we hope to cover in depth – hint, hint Via Vision! puh-leese!?), which aired around the same time, “E-Street” began as a rather standard soap series that would soon take a wacky, dark turn that would separate it from the crowd – in this case, the likes of “Neighbours” and “A Country Practice”.  Ironically, the episodes here get better (particularly true in terms of quality, with the first two episodes lifted from streaming sites – because the masters were destroyed) as the show ticks on, with the Sydney-filmed drama really finding its feet by the time we meet the dastardly Westside slayer, Mr. Bad.

This is a terrific set, but with ‘Jack Brown’ headed to town in the next batch of episodes, the next collection will likely fly off-the-shelves even quicker than this one. 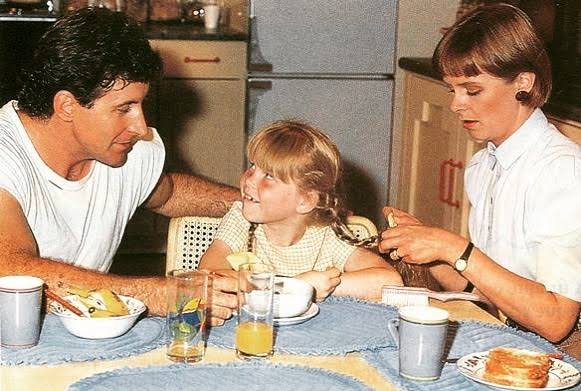 David Lynch and Mark Frost’s ‘’Twin Peaks’’ never got the reception it deserved upon it’s initial airing – it was too ambiguous and anomalous to gain the kind of wide audience approval it so long desired – but if the amount of different DVD and Blu-ray sets, merchandise and unyielding fan events are anything to go by, the short-lived series ultimately garnered quite a fat fanbase.

With a cast of familiar faces – Kyle MacLachlan, Piper Laurie, Russ Tamblyn, and Sherilyn Fenn, to name but a few – and some none-too-shabby names behind the camera too (did you know Diane Keaton directed an episode? What about Jake and Maggie’s dad, Caleb Deschanel – he was a staple!?), ‘’Twin Peaks’’ is part murder mystery- part small town peculiarity. Attribute the mesh to the opposing tonal styles of Frost (‘’Hill Street Blues’’) and the slightly more eccentric Lynch (‘’Blue Velvet’’), who revels in his own dark artistry, who blended their singular visions for what’s truly an amazing mish-mash of genres.

MacLachlan is special Agent Dale Cooper, a new fixture in small town Twin Peaks to investigate a murder. Laura Palmer (Sheryl Lee) has been found “dead, wrapped in plastic”, and it’s up to Cooper and his colleagues at the local Sheriff Department to unravel the mystery and identity of her killer. Of course, it’s not all-smooth sailing as Coop discovers something more sinister, darker, more unthinkable could be behind the murder of the Prom Queen. Cue the dwarves that talk backwards, giants with magical rings, and one-armed men.

Season One is sensational – oddly engaging with breathtaking visuals and a beautiful palette; it never runs out of steam. For a show to be able to make you laugh, make you scream, make you cry and make you do a wacky dance (The Leland Shuffle) all in the space of a 42-minute episode… that’s pretty special. Season Two is also worthy, but with the identity of Laura Palmer’s killer outed so early on in it….it seemed to struggle to come up with storylines just as intriguing as that one. More David Lynch (he was too busy making “Wild at Heart” at the time) and less ‘Blackie’, and ABC mightn’t have had to swing the axe.

Showtime welcomingly resurrected the series in 20 – causing audible hysteria amongst that large fanbase. The response to the short-lived ‘event series’ “Twin Peaks : The Return” – which brought many cast members back, notably MacLachlan’s ‘Coop’ – was mixed, to say the least, but David Lynch fans went gaga for it. As much as Frost put his stamp on the revival, co-writing the episodes with his long-time colleague and friend, the obscure, non-linear and quite simply, ‘artistic’ approach to the story confused the occasional viewer. “The Return”, some might say, also lacked the fun ‘soapy’ elements of the original series-   and likely only because this was a much darker, more complex plot.

The cubed “Twin Peaks : From Z to A” offering, which unfolds to make a mini ‘Red Room’,  features a plethora of extras, as well as images from the show.

The extras from the previous “Twin Peaks” releases have all been ported over but there’s also some newly-crafted bonuses fans won’t have seen before – lengthy featurettes about each episode of “The Return”, a 90-minute conversation with MacLachlan and Lee about the legacy of the series, interview with Kimmy Robertson and Harry Goaz, the full ‘Roadhouse performances’ from the recent Showtime revival and some other bits that, quite simply, make this the first must-have Blu-ray offering for 2020.