An energetic ‘90s throwback that meshes the hip grittiness of such hoons on Honda’s classics as “Stone Cold” and “Fixing the Shadow”, York Alec Shackleton’s “Disturbing the Peace” is the kind of rare, popcorn-munching offering you don’t see often these days – films that aren’t so much concerned with appeasing critics, as they are giving their target market a good time.

Much like the filmmaker’s previous life as a snowboarder, Shackleton’s film – penned by Chuck Hustmyre – relies on the audience’s ability to simply be immersed in the fast, pacey and fun ride – and not look for 10’s on the scorecards after. Helps, of course, that the always-dependable Guy Pearce plays the small-town law-enforcer protecting his town against the hooligans-on-wheels (who aren’t just around to make trouble but pull off a heist). Seems there is such a thing as a ‘Beer and Pizza’ movie in 2020. 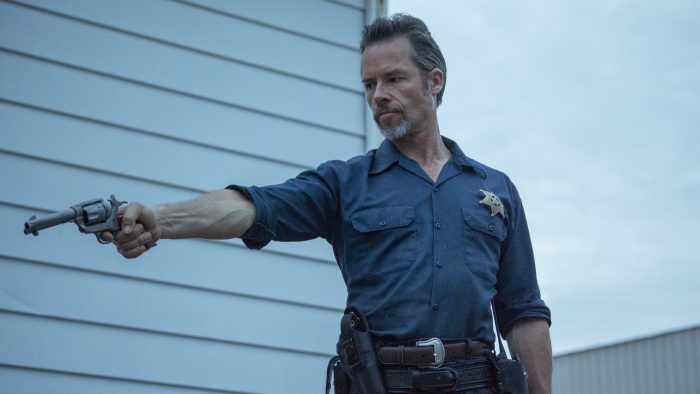 Josh Hartnett reminds us why he was once of the most in-demand actors of our times, with a multi-faceted, complex and somewhat appropriately fraught turn as a young man attempting to leave the family drug trade – in this case, the opium biz.

Set in a small Ohio town, Anthony Jerjen’s “Inherit the Viper” fixes on the desperate, chaotic and worrying lives of a trio that have gotten by on doing the necessary. Hartnett’s Kip decides it’s getting too dangerous, and wants a clean break, but like a trip to the mothers-in-law on the coming weekend, finds pulling out easier said than done.

Though a little too ambitious at times, as it attempts to weave in one too many subplots, this atmospheric and well-performed film will hopefully further the conversation about opium and the increasingly issues it’s brought upon the country.