With “F9 : The Fast Saga” (aka “Fast & Furious 9”) shifting gears to park this week, fans will no doubt be clamoring for news about the next film in the saga. While it’s obviously very early days, there’s enough intel out there to offer rev-heads a clue or two about what to expect. 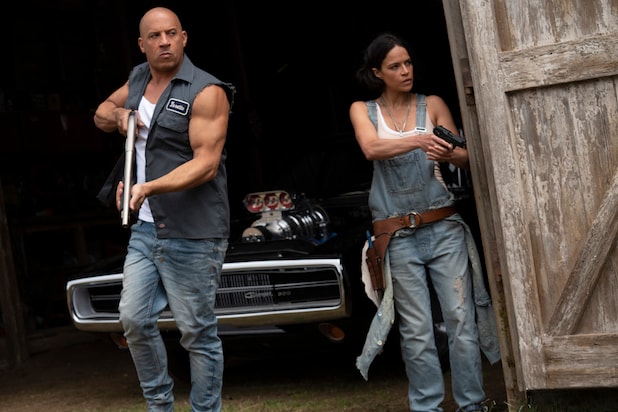 Where are the “Furious” bunch headed next time around?

“Fast 10” looks set to shoot in Australia next year, among other countries, with “Fast” staple Justin Lin back at the helm.

In addition to a trip downunder, Vin Diesel and company are eyeing a 007-esque trip around the globe in the next film.

“Wouldn’t it be incredible to film in all seven continents?”, Diesel told Australia’s Channel 7 recently.

The next two films will apparently directly connect to the events of “F9”, says Lin.

“To the studio’s credit, it was like, ‘Yeah, let’s do it.’ That’s what we’ve been doing since I’ve been back, … processing it as almost like a trilogy as a final chapter.”

While Dwayne Johnson and Jason Statham don’t return for “F9”, director Justin Lin hinted that ‘Hobbs & Shaw’ could be back for the next adventure.

“I think that’s always been our approach… So many of the conversations I have is about characters that are not even in there, but are still, obviously, they are living and breathing in this universe”, Lin told Cinema Blend. “On this one, when I came back, I was thinking a lot about Hobbs and Shaw, and all of the other characters. I never think of them as being gone, for sure.”

Recently, Diesel hinted that he might have screen legend Michael Caine in mind for a key role in “Fast 10”.

While there’s no word on whether Brian O’Conner – with Caleb and Cody Walker again standing in for the late Paul Walker – will return, Diesel says there’s a possibility we might see Meadow Walker in the franchise.

“I would not count anything out,” the 53-year-old told E! News, when asked if Paul Walker’s 22-year-old would want to enlist. “Without giving you all of the secrets of Fast 10, let’s just say nothing’s ruled out.”

Will there be more spin-offs?

After “Fast & Furious” ends in a couple of years, will those “Hobbs & Shaw” movies continue? quite likely. There’s also a chance Dominic Toretto might get his own standalone film.

“What I can say is that a Dom movie is not out of the question,” producer and star Vin Diesel told AP this week.

As for why the brass decided to conclude the series at chapter 11?

“I believe every story deserves its own ending. I know people will feel like this doesn’t have to end, but I think all good things have to come to an end. There are reasons for an end. I think this franchise deserved this ending.”, Diesel told the outlet.