David Sullivan first popped up on my radar back in 2004, with a lead role in Shane Carruth’s superb time-travel indie flick Primer. That was a film that blew my young mind – I was about 14 at the time of its release, and still haven’t fully wrapped my head around it in the nearly two decades since – and it’s impressive to see how busy David has been in the acting business ever since.

His latest project is Jack C. Newell’s Monuments, in which a grieving widower travels cross-country in a stolen pick-up truck, determined to scatter his wife’s ashes in Chicago. David’s Ted is a grief-stricken man who didn’t quite know how to handle life before his wife’s death, and is all the more lost in her passing – but visions of his wife Laura lead him to put her and his unresolved issues to rest.

I had the pleasure of talking to David about his experiences shooting Monuments in Chicago and Colorado, how he approached an emotionally complicated script and how Ted’s struggles to deal with loss are likely to hit home for audiences.

I really love your character, Ted. If I was to describe him in a couple of words, I think I’d start with bumbling…but he’s not an idiot. He’s just a little clumsy in life, but well-meaning – and I think those are admirable traits. What traits of his really leapt out of you from the page when you got the script?

David: He was human. He was very human. People deal with grief and loss in a myriad of different ways, and when I lost my father eight or nine years ago, I didn’t have the tools to deal with it. I didn’t do it very well. Then I realised, oh – there is no right or wrong way to deal with loss.

So I thought that was an interesting journey. I thought that it was great for a man to go through what he feels he needs to go through. I think he learned that a lot of times, when we do what we think we should do, it’s not really true to who we are and what we’re being lead to do. Once he gave up on his idea of what he should do and just followed his gut and his heart, he eventually made the right decision.

I loved the journey, because it’s very similar to life. We go through so many challenges and we make so many wrong turns, but at the end of the day you’re going to be exactly where you need to be when you start trusting your gut and follow it to that place you’re being pulled to.

When Ted’s wife Laura passes away, we also see how everyone else in her life reacts. Unlike Ted, it’s a very communal response – we’re going to get together, and here’s how we’re going to deal with it. But he’s not down with that, straight off the bat.

David: Yeah, “we’re gonna sing weird songs, we’re gonna throw her down into a well”. I say weird, but to them, that’s probably how they felt lead to honor her. And sure, you can do that, but as Ted, she kind of belongs to me. I get to deal with our relationship the way that I want to do it.

That’s the brilliance of Jack and the people that he put around me; the cast was just amazing. Everybody was just so well-cast. In dealing with grief, people maybe do things that may be different to what you would see as the best or the most effective. But Ted had to be like, “no – this is not the way! I’m gonna steal her from you, and drive to wherever the hell I think I should go!”.

It looked like there were quite a few mountainous, rural locations. It must have been lovely to get out there, not just for the sake of the film but just being able to do what you do and where it takes you.

I had never spent any significant time in Chicago; never explored the suburbs of Chicago at all. I was in Boulder for maybe one or two days, but didn’t really get out much. It was cool to be on the road and be doing what I love to do, so I’m really fortunate.

It sounds like you’ve gotten around a fair bit in your business, even a little globe-trotting. Have you found that a lot of your roles have required travel like that?

David: I wouldn’t say globe-trotting, but our business – fortunately or unfortunately – it is a business. So a lot of times, if you need to shoot mountains that might be North Dakota or Colorado or wherever, you have to find the best location to match that story – but not use the entire budget on a location. You have to be able to tell this story, and maybe not in the place that it’s initially written for.

But yeah, I’ve been fortunate. I’ve worked in New Zealand, Prague, here in Australia, New York, Texas, Colorado, Wisconsin. I guess I have been fortunate enough to work in different places; and each place helps me to tell a new story. 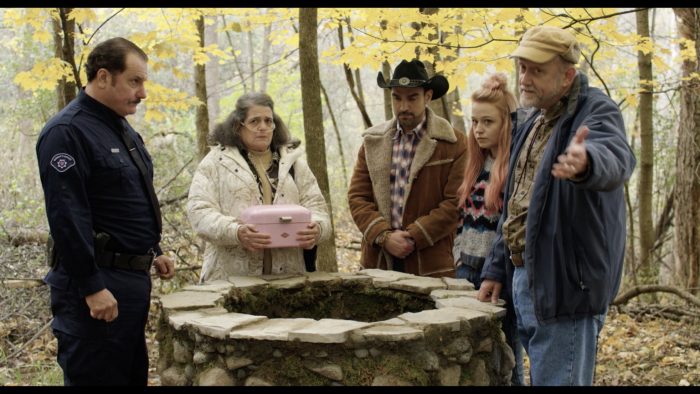 Something that’s key throughout Monuments is the idea of looking back at your surroundings and belongings after somebody has passed, and they can have totally new meaning to you. At the beginning of the film, Ted’s looking at her purse, and it really hits him with these stirred-up memories. These little things can mean so much in a new light, in such unexpected ways, and I think that’s really relatable.

David: Yeah, even the smallest things. There’s a couple of really good scenes in there with her shoes and what he does with her shoes. It was something that was so trivial that he didn’t really notice until she was gone. Once she was gone, he had two really big moments, just moving a shoe.

I think a lot of us will have had moments like that; they really creep up on you. And that’s something that’s recurring for Ted, even before Laura’s death – their relationship has its ups and downs, and he doesn’t quite notice the little things until they’ve passed the point of no return. It’s nice to see him embark on that journey of trying to make things right, or at least processing it all so he can move forward.

David: Yeah, which I think he did. I think Ted kind of becomes a better person. And he had to go through all of that – that was part of his journey. I think there’s a line in there, “where we end up is the place we were happiest”. And sometimes we forget what it is that actually makes us happy. We’re on this struggle, this road to do what we think we should do as opposed to trusting your gut.

Happiness is going to come after you work through something that you’re meant to work through. Not to get too existential about it, but I think we do have to go through these struggles to end up where we’re supposed to end up. 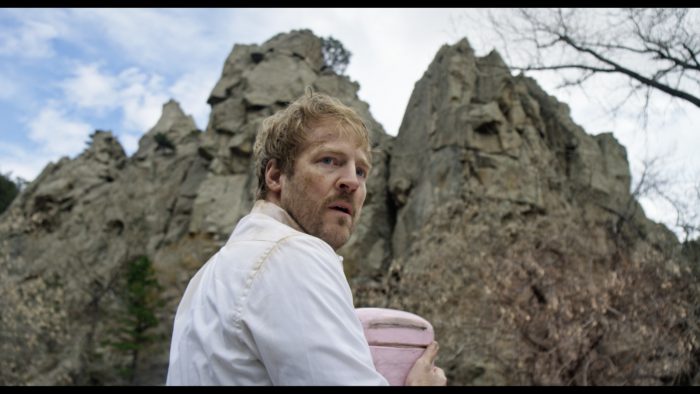 I think Monuments balances its tone very well. A lot of directors seem to struggle with finding a smooth balance between themes like trauma and tragedy and lighter elements. But this film does a good job of not leaning too heavily on either in a way that sabotages what it’s trying to say.

David: Yeah, that’s true. That’s something that Jack and I talked about extensively before we started shooting. Marguerite, who plays my wife, had a different take on it, and I was really confused by it. She was more of the “let’s keep it light, let’s keep it fun”, and I was like, “really? This is a guy who’s just lost the love of his life”. I saw it a completely different way. And Jack was just open to our interpretations and ideas of what we can bring to it. Somehow, he was able to tell a really balanced story. Marguerite would kind of open my eyes, because she had actually just lost her own father less than a year before we started shooting. She had her own process, so she really helped me understand that people do things different ways.

I think in the end, the movie that I saw on the screen actually was not the script that I’d read. Oftentimes, that can be a disaster – and sometimes it can be a pleasant surprise. When I saw the movie for the first time, I was like “what is this scene? This doesn’t come until page 40!”. It was amazing. I love the way that they did it. They took this linear story and told it in a nonlinear way, and I thought it was really effective. I love the way they did that.

MONUMENTS will be available On Demand and Digital on August 3rd.