Laura Bryna is the kind of person I love to interview.

Bouncy and friendly, the country singer who has toured with celebrities from Taylor Swift to Clint Black (who messaged her while we were on the phone) was all about talking about music and how much she loved it. As busy as Bryna is (she’s toured with Tim McGraw, Carrie Underwood and Emmylou Harris as well), Moviehole was able to get a sit down to talk about her new song and video “Stars Are Falling.” It was produced by Grammy-winning Damon Sharpe, who produced top hits with the likes of Jennifer Lopez and Ariana Grande.

Bryna was already a hit maker with several Billboard Top Ten singles, including her most recent “Sweet Revenge.”

Here Bryna talks about coming up from a small town and how singing makes her feel naked (!)

Moviehole:  How did you start singing?

Laura Bryna: I’ve been singing since I could open my mouth, my parents used to say! I had a big mouth, which is sometimes a good thing and sometimes a bad thing. We had a jukebox in the basement, and my sisters and I thought we were really great – we’d charge our parents 25 cents to sing a song and we’d do a show three times a day. I know all the 50s and 60s songs! We were raised in a small town in Maryland — like if you turn left at the cow (laughs). My parents still live in the house I grew up in. I’m someone who loves to learn, I take a lot of dance classes, I take acting and vocal classes, I like to prepare for any opportunity. My teacher said to me, “I always want you to be ready for any opportunity or moment.”  It was a great mantra by my teacher. She said, “Don’t say no to anything.”

And the music industry has changed so much. The way music has changed, people are like ”where is music going to go?”  But now people are not listening to one style of music – they are listening to all kinds of songs — everything’s’ smushing together, that’s my word for it, all the different influences. Damon, my producer, took that and he didn’t take the country out of the girl. Damon said he wanted to step it up and add new twists and turns to my music, like a coming out project to see where everything goes.

Moviehole: How did you start working with Damon?

LB: It was from a company we work with.  They help us with social media and guide us. I’m really blessed to work with amazing producers and we were talking with them and they said we have someone who is really great and he’s really edgy and knows what is going on and you’ll create something different and exciting. So we sat down with Damon and we were two peas in a pod and he took me to the next level.  It’s like sitting in the middle of the street naked and you’re like, okay! And we went to the Top Ten — he knows what he is doing. It’s great to sit down and collaborate with him.

Moviehole: What do people on the street tell you about another song, “Hometown Heroes”?

LB: We’ve gotten a great response. We went to Walter Reed Hospital and someone had a poster of us at an air force base in Hawaii. This guy was so excited to go back to the platoon, he said “we love your song and play it all the time on the base.” That’s the best response I’ve got. 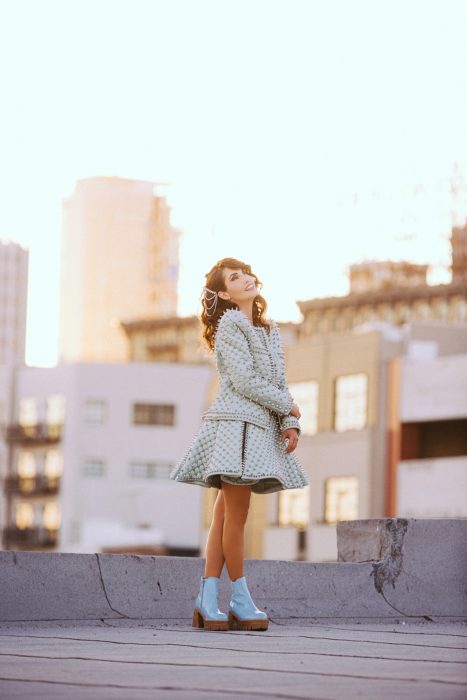 Moviehole: Please tell us about your brother’s illness and how that helped you to become a board director at Make -A-Wish Foundation?

LB: My brother is married with two kids. He had a brain aneurism (at 13) and he was in a coma for six months. My brother decided not to do a make a wish and wanted his wish to go to someone else. That started me going to the hospital and I saw other kids and now Make a Wish is not just for terminally ill kids but for the chronically ill too. It’s a wonderful organization – I’ve made phone calls and helped with wishes everyplace I’ve lived; I have done stuff with LA., Nashville and I love giving back. You don’t know why things happen to people and they have done nothing wrong. To be a child and have a dream and live in freedom, that’s great. And our military allows us to have that freedom. Everyone comes together for the military.

I also got to do a USO tour this summer and I can’t wait to do another. There was a four star general with the national guard bureau and 17 staff; he asked me to go along on a USO tour. I went to six countries in eight days and I flew on a blue and white plane. I consider myself well-travelled, but I taped myself and kept a napkin with the US stamp on it. I went to Kuwait and undisclosed places. I sang the national anthem every night. I got on the stage in Kuwait and it’s 120 degrees and I saw all these men and women standing there and they haven’t been home in months and every word of that song means something. I just stood there for a minute looking around, I just wanted to take all that in. It’s nice to bring a little piece of home to them, whether it’s a Snickers Bar or a song. I got to have lunch and dinner with them and hear their stories. And they get to show you what they do and their day to day life. I can’t wait to go back.

Moviehole: What was it like touring with Taylor Swift? Also Clint Black, Tim McGraw and Carrie Underwood?

LB: They all have different styles and I’ve been blessed to share a stage with all of them. You only think when you are little to have this big dream, to have these pinch me moments and then you watch them make the same magic night after night. The people I’ve done shows with have been so supportive of one another. Especially with Emmylou Harris, she was sitting in the wings watching me perform and she was so sweet and so nice. Everyone wants to perform with her, she can harmonize with a frog and sound good!

Clint Black asked me to come on his bus and I thought I did something wrong and he said “I want you to try this concoction I made” — it looked like bourbon! I said if I had two sips I’ll be two sheets to the wind and he said “no, no, it’s water and honey and I do it every day on stage!” He’s got great tricks of the trade. 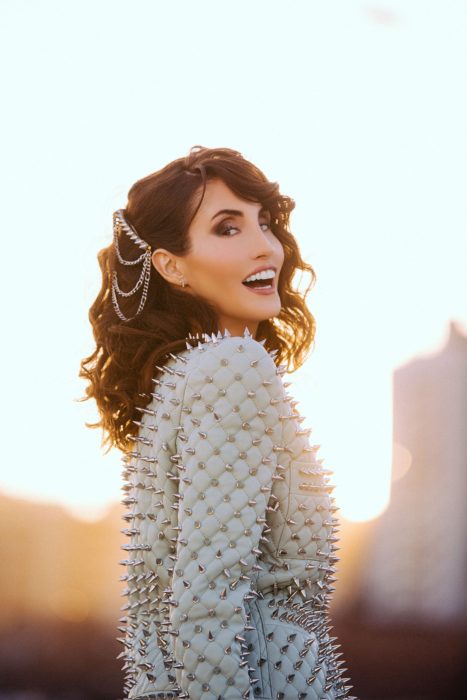 Moviehole: What has been your biggest challenge?

LB: That I want it now. It’s the hurry up and wait, should I put this out now, is this the right song? It’s like being naked and everyone just has at it, you’re opening up yourself to be scrutinized. It’s courage and strength and all those things. Like if you get hit, you come back fighting. We all have days when we doubt.

Moviehole: Do you want to sing at the Grand Ole Opry?

LB: It would be great. It’s been on my bucket list.

Moviehole: What is your advice for newbies?

LB: Always learn, keep learning. I’ve always been singing and I did something at the Kennedy Center, I put my foot in everything, I did Broadway stuff. I think people do things that may not necessarily what you want to do; it’s like a step on a small branch to jump to the next bigger branch, it’s not when you get there, it’s how you get there.  It’s going and meeting people. Coffees and lunches.  Like Clint Black showing me different things, it’s the journey you take and how you get there.

Moviehole: What are your future plans?

LB: We worked on a song called “Stars Are Falling” – it’s a love song but not a smushy love song – it’s about if the world was ending, who would you want to be with? There will be a video coming out with 65 extras, we had all different walks in life and everyone brought it together and you see in times of need how we all come together.

Moviehole: What are your future goals? Who would you want to work with?

LB: I hope to continue to learn and do what I love, touching people’s hearts and making them smile. Aubrey Day, Grace Potter, Chris Stapleton, Winona, Reba Macintyre are great to be able to work with.

YouTube video of “Stars Are Falling” just came out:

Having toured the world performing with Taylor Swift, Emmylou Harris, Clint Black, Carrie Underwood,Tim McGraw and featured in New York Magazine, New York Times, and Billboard, we would love to arrange an interview with you and Billboard Top 10 artist Laura Bryna to discuss and share her highly anticipated new single “Stars Are Falling.”