One of the most versatile, and dependable actors of his generation – see “The OC”, “Damages”, “Good Night and Good Luck”, “Argo” and “Memphis Belle”, for his ridiculously terrific portrait of Lt. Luke Sinclair – the unstoppable Tate Donovan this week plays a psychiatrist at an asylum in Phillip Harder’s terrific period-piece “Tuscaloosa”.

How did you get involved in this wonderful film, Tate?

I was sent the script by Phillip Harder the  director and I immediately was taken by it and thought it was very powerful and great and timely, and I spoke to Phillip, and I am taken by his passion and by his dedication, he’s been working for a decade to try to make this film happen. And I was just like “wow,I want to help this guy out as much as I possibly can.” So, yeah, great, I thought he casted really well, Devon and Natalia are amazing to work with. I immediately had chemistry with Devon, I mean he felt like my son within, you know, a few seconds of meeting him. He was funny, he was kind of mildly irritating, it was perfect. It was perfect.

And how did your prepare for the role?

Well you know it’s funny, I thought a lot about my dad who was a doctor in the 70s, in that generation, who oddly enough was asked to run a mental institution when I was kid. And we went up there for a week and lived and visited this mental institution in New Hampshire. So I sort of just remembered that whole experience with my dad. Although he has–my father has very different political views, it was sort of similar sort of…I could see his dedication to his son and his work, and trying to maintain values that he felt were important to him that were given to him by his dad.

Was your role based on a real person?

No, I keep the whole thing fictitious.

Is this the first time you’ve played a doctor?

No, I’ve played a bunch of doctors for some weird reason. This is the first time I’ve ever played a psychiatrist, so that’s interesting. But yeah it’s kind of an interesting thing because you know, in this story I’m a bit of a…I’m sort of the antagonist and yet doctors are healing sources in life. So it’s like this push and pull between trying to be compassionate and healing and also, you know, wanting to force your way on things…Terrible answer, I have no idea what I’m saying [laughs].

Hard to believe there was very little awareness of mental illness back in those days. Do you think the government does enough now to support it?

He’s right that there was very little…the birth of mental illnesses…treating mental illness in a humane and passionate way is so new, and you know, I think about what happens in the 60s, in the 70s–it’s pretty awful. I hope the government is doing a lot about it. It’s not just up to the government, it’s up to all of us as a society to understand and be more compassionate and listen more to those who are suffering with mental illness.

There’s a wonderful young cast here  – Natalie Dyer, Devon Bostwick, Nathan Phillips..  how did you enjoy working with the next gen here?

I really really enjoy working with Devon a lot. He’s the guy I had the most scenes with. He and I just had a natural chemistry and we fell into our world very easily with each other. I just felt like he could be my son. He’s funny, and he’s a very subtle and instinctual actor and I really enjoyed working with him. Natalia, I thought she was great. When I saw the film I was just so impressed by how ethereal she. And her choices on her mental illness was great. Was she–did she have mental illness? Or was she just different, you know? She was great. You know, I didn’t know who she was until my son told me to check out his favorite actress from Stranger Things. I didn’t watch that show at that time but now I’m a huge fan because I watch it with them because she got me into it.

After making such a powerful impact on both The OC and Damages, and really embodying the respective characters you played on both, has it been a conscious decision to chase parts very different to Jimmy and Tom?

Not really. You know I don’t really chase parts for who they are. It’s all about the writing. And if it’s a well written piece then I want to be a part of it and it doesn’t matter what part I’m playing. If it’s a lawyer from New York City, and it’s just a different title to the writing, I’ll play it. it doesn’t matter to me whether the part is the same as a character I’ve already played or different. I just want to be involved with well-written material.

Speaking of, what a fabulous turn in “Rocketman.” You must be overjoyed with the success of the film too?

Yeah it was a lot of fun, it was a real blast to work on Rocketman. Dexter Fletcher is one of the more fun directors you can work with, and Taron, he was like a force of nature to work with him. He just embodied Elton in the most generous and fun way. Yeah, it was great. I felt as though he should have been nominated for an academy award for that.

Before we let you go, any truth to the age old rumour you were one of the candidates to play George McFly in “Back to the Future”?

I wasn’t a candi–I auditioned for it, along with 10,000 other young actors, but yeah, sure, I wanted that role. I think I auditioned for it twice. The first time Eric Stoltz got it. Eric Stoltz was the original [Marty]. And then they got rid of Eric Stoltz and there was a whole new mound of auditions and we were all clamoring to get in there. Yeah. Apparently i didn’t get it, although I’m still waiting to hear. 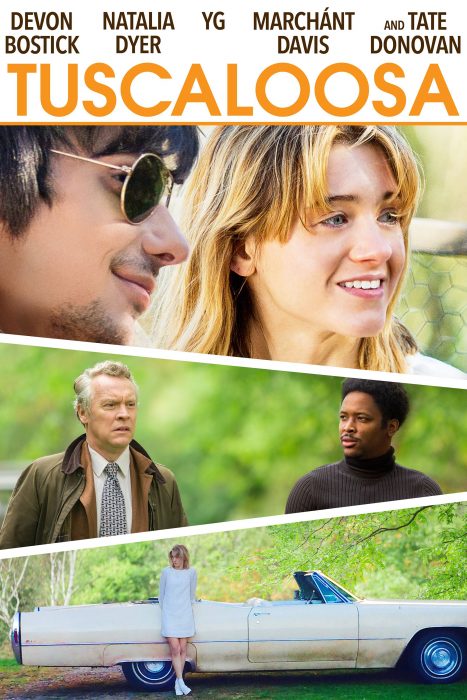