MGM+ and Prime Video announced today they have ordered a suite of live-action television series based on the Sony Pictures universe of Marvel characters, which includes over 900 characters. The first series to be produced under the multi-series agreement is Silk: Spider Society, from Sony Pictures Television. The highly anticipated series will debut domestically on MGM+’s linear channel and globally on Prime Video in more than 240 countries and territories thereafter.

As part of her recently signed multi-year overall television deal, Angela Kang will serve as showrunner. Kang developed the series with Academy Award winning Spider-Man: Into the Spider-Verse producers Phil Lord and Christopher Miller and Amy Pascal who will serve as executive producers. 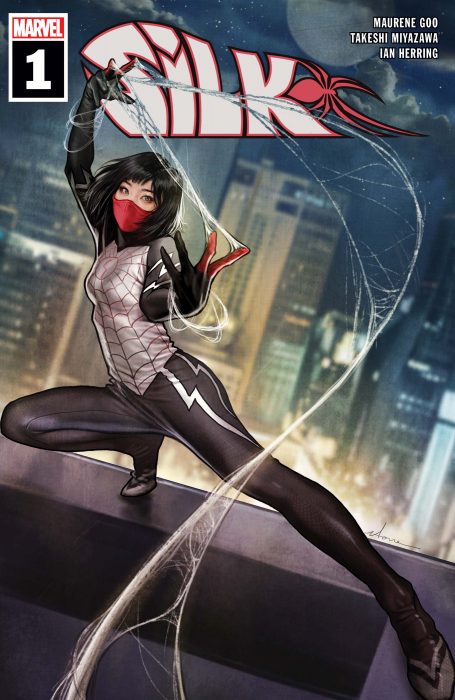 “Amy Pascal, Phil Lord, Chris Miller, and Sony’s recent live-action and animated reimagining of the Spider-Man franchise has represented some of the most dynamic superhero storytelling in film,” said Jennifer Salke, head of Amazon Studios. “Together with Angela Kang’s creative vision, we couldn’t be more pleased to bring Silk: Spider Society to our MGM+ and Prime Video customers.”

“We can’t wait to bring the adventures of Cindy Moon to life, thanks to the creative dream team of Chris and Phil, Angela and Amy, along with our partners at Marvel and Amazon,” said Katherine Pope, president of Sony Pictures Television Studios. “We know this exciting series with new and never-before-seen characters and storylines will wow audiences watching first on linear MGM+ and then around the world on Prime Video.”

“Angela is a pro’s pro whose perspective and creativity we greatly respect and admire. She’s also a hell of a lot of fun. She loves these characters and we feel really lucky for the chance to work with her to bring Cindy Moon’s story to the world” said Lord and Miller.

“I’m beyond thrilled to be joining the Amazon Studios family for this next chapter of my career. I look forward to working with the executive team on diverse, character-forward, watercooler shows for a global audience and am so excited to dive in to my first challenge – bringing Korean-American superhero Silk to life on screen, ” said Kang.

Based on characters created by Dan Slott and Humberto Ramos, Silk: Spider Society is inspired by the Marvel comics and follows Cindy Moon, a Korean-American woman bitten by the same spider that bit Peter Parker, as she escapes imprisonment and searches for her missing family on her way to becoming the superhero known as Silk.