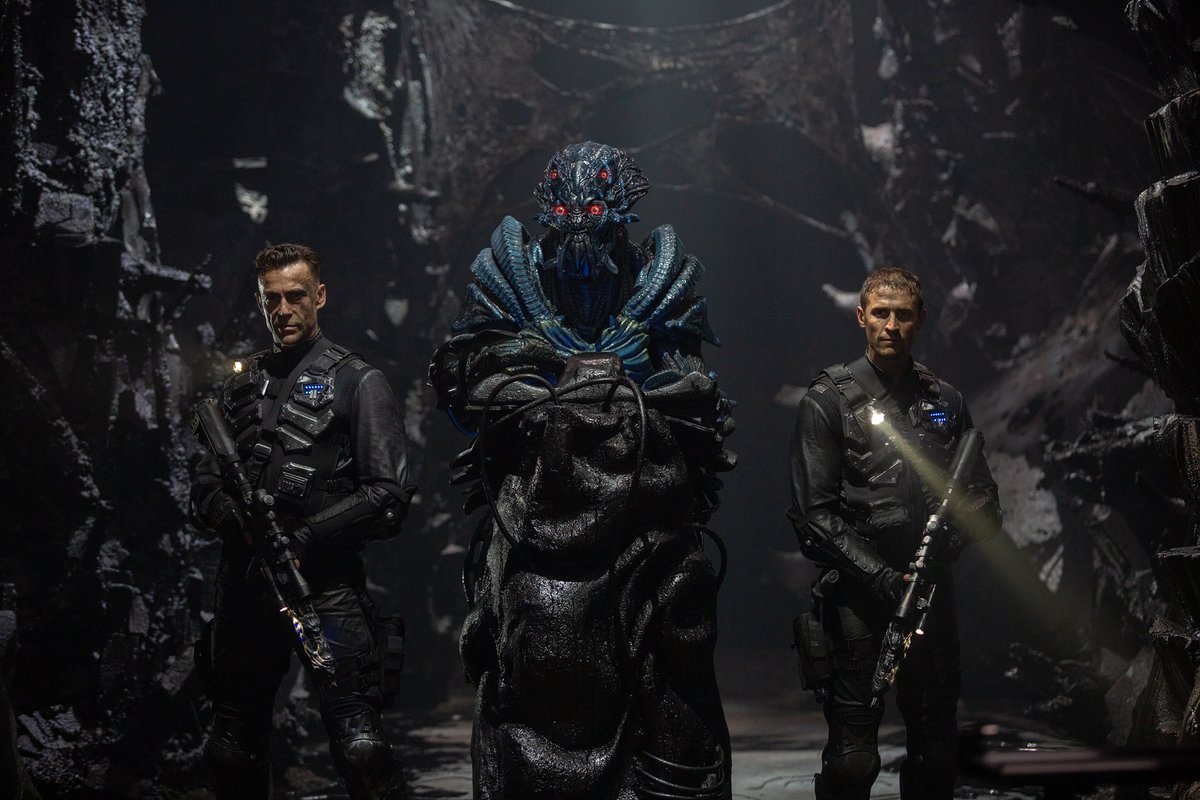 A teaser trailer for Ryan Murphy’s star-studded film adaptation of “Prom” has been released. The film, starring Nicole Kidman, Meryl Streep and more, is based on the Tony-nominated Broadway musical of the same name is set to hit select theaters in December and start streaming on Dec. 11.

David Fincher tells Vulture that “Mindhunter” is likely done at Netflix.  Out promoting new series “Mank”, the “Fight Club” helmer says it’s his call to conclude the series where it’s at. “We lived there for almost three years. Not year in and year out, but … probably six or seven months a year. Mindhunter was a lot for me. It’s a 90-hour workweek. It absorbs everything in your life. When I got done, I was pretty exhausted, and I said, ‘I don’t know if I have it in me right now to break season three.’  For the viewership that it had, it was a very expensive show. We talked about, ‘Finish Mank and then see how you feel,’ but I honestly don’t think we’re going to be able to do it for less than I did season two. And on some level, you have to be realistic – dollars have to equal eyeballs.”

Sam Rockwell is the “prototype” for the role of Doctor Fate in DC’s “Black Adam” movie. According to The Illumernerdi, “The casting team of Black Adam is currently searching for a male in their 30’s to play Doctor Fate/Kent Nelson. He is described as a “kind academic” while in the form of Kent Nelson, and a “terrifying force of nature who sounds and acts totally different.” The relationship between Doctor Fate and Nelson is likened to Jekyll and Hyde, and details regarding his power set were revealed. The DCEU version of Doctor Fate will possess powerful telepathic and telekinetic abilities, as well as the power to slow time and alter reality itself. Additionally, a well known actor who is considered to be a “prototype” of reference is Sam Rockwell.”

The trailer for the second sequel to “Skyline”, confusingly titled “Skylin3s”, has been released ahead of the film’s premiere at Frightfest this month. Several years have now passed since other-worldly blue lights first descended from the skies as the alien invasion of Earth began.The once-killer extraterrestrials known as ‘Pilots’ have had their biology altered so they can now peacefully coexist with humans on a ravaged future-Earth. When a lethal new alien virus emerges, military commander General Radford (Alexander Siddig) warns that without action the Pilots will revert to their unstoppable, human-hunting form. To save Earth, super-powered human-alien hybrid Captain Rose Corley (Lindsey Morgan) leads a team of elite soldiers on a deadly mission beyond the far reaches of space to the alien planet known as Cobalt 1. This time, to save our world, we must invade theirs.

The long-gestating “Battlestar Galactica” movie is inching forward with “X-Men : Dark Phoenix” helmer Simon Kinberg attached to write and produce.  The film, based on the iconic ’70s series and more recent SyFy reimagining, has seen several filmmakers come and go – including Bryan Singer and Francis Lawrence. Kinberg, whose other credits include “The Martian” and the upcoming “The 355”, will produce alongside Dylan Clark.

Scarlett Johansson will star in “Bride”, a genre-bending riff on the classic “Bride of Frankenstein”, according to THR.  The “Black Widow” star will play the title role in the Apple and 24 production, which Sebastián Lelio will direct for the streaming plat.

Chante Adams has landed the female lead opposite Michael B. Jordan in “A Journal for Jordan”, directed by Denzel Washington. Written by Academy Award nominee Virgil Williams, the film is based on Dana Canedy’s best-selling memoir, which was published in 2008. The film tells the true story of Pulitzer Prize winning journalist Canedy’s love affair with First Sergeant Charles Monroe King. King kept a journal full of poignant life lessons for their newborn son Jordan while deployed overseas. He was killed in Iraq in 2006 when Jordan was just seven months old, but his spirit lives on in his messages of love to Dana and Jordan. [More…]

The trailer for “Love in Dangerous Times”, a Jon Garcia-directed relationship dramedy filmed during and set during the pandemic, has been released ahead of the film’s digital bow November 3. As a virus spreads quickly throughout the globe, Jason remains ambivalent about its danger. Unable to travel and with his family on the other side of the country, he decides to spend the pandemic working on a play that resembles his life and current circumstances. As writers-block and loneliness ensue, he begins to turn to online dating to find a buddy for the apocalypse where he meets Sorrel. With the infection rate worsening and feat looming, the two begin to lean on one another for support and while they try to make sense of the times they live in. Ian Stout and Tiffany Groben star.