In a wide-encompassing Q+A over on his instagram earlier today, action icon Sylvester Stallone responded to a question asking which film of his he’d remake if he could.

Not surprisingly, Sly didn’t name “Oscar”.. or “Rhinestone”… or even “Rocky V”.

Nope, according to Stallone, he’d love to redo ’90s comedy “Stop or My Mom Will Shoot!” – largely because, he said, he originally signed up for a completely different film.

According to the “Rambo : Last Blood” star, the mother character – played by Estelle Getty in the film – was originally conceived to be a truly horrible, disposable woman which would make Stallone’s character’s predicament in the film even more complex and frustrating. Once “Golden Girls” sweetheart Getty was cast, the character suddenly became the nicest mother this side of 11222 Dilling St, Studio City, CA 91602, United States .

Stallone also said the only reason he actually accepted the film was because of Arnold Schwarzenegger.

Once Sly got wind that his box-office competition was considering doing the movie (which he apparently wasn’t),  Stallone quickly signed on – feeling he’d beaten the “Terminator” star to the punch.

Sadly, says Stallone, Arnold had the last laugh there. 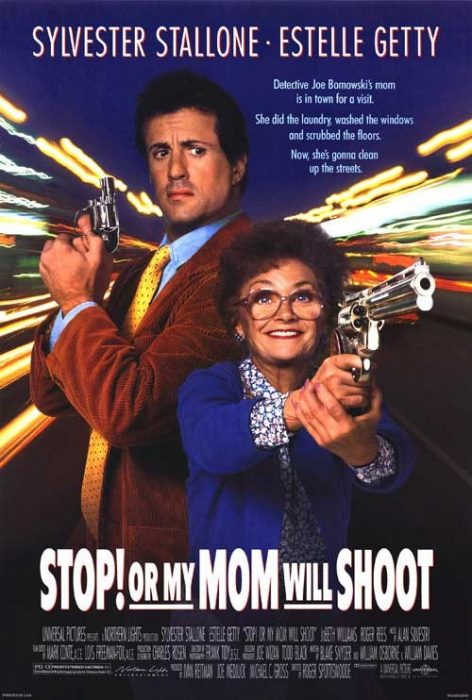