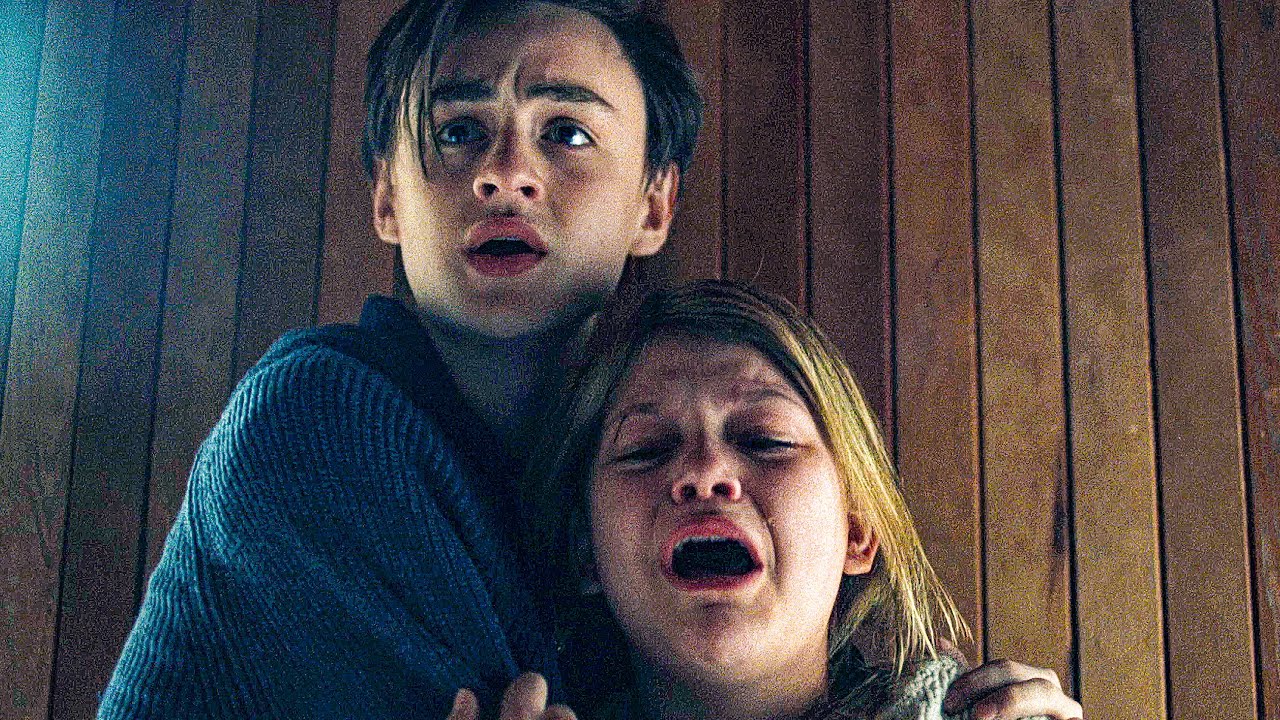 The Lodge review : it’ll mess with your mind

With a tagline on “You’re Not Welcome Here”, you can already tell that “The Lodge” is going to be a film that draws in the keen horror/psychological thriller fans out there – myself included. With quarantine still keeping the majority of us at home, what better time than now to rug up and dim the lights to enjoy the horrors within?

“The Lodge” opens with a split family, and the mother Laura (Alicia Silverstone) clearly not coping with her ex-husband Richard (Richard Armitage) moving forward with a divorce so that he can marry his new, much-younger, girlfriend Grace (Riley Keough). As a consequence to her ongoing heartbreak, Laura commits suicide and leaves their 2 children (Jaeden Martell as Aiden and Lia McHugh as Mia) in the care of their father and the new girlfriend, to whom they have expressed not taking a liking to.

Enter the titular Lodge, where the family decide to migrate to for Christmas. Filmed in the gorgeous winter of Montreal, the snow-covered Lodge is stunning – but also creepy – with the typical elements of horror thrown in- creaking doors, crackling fireplaces and things that go bump in the night.

When Richard has to take off suddenly for work, he leaves his kids in the care of Grace, and this is where things start to go awry. Starting with an electricity outage, the group struggle to bond while also dealing with the strange happenings of the wooden house. Questions are raised as to what is real and what isn’t, and that’s largely involving the audience, as we contemplate what the Lodge is doing to the minds of those inside.

It’s clear that Keough is a particular standout as Grace in “The Lodge”, with the actress fully immersing herself into the “Twin Peaks-esque” world that her character has been left in. However a McHugh as Mia and Martell as Aiden are incredible – with their grief and support to each other as brother and sister being believable and heartwarming/wrechning, depending on what scene you’re watching.

As with many psychological thrillers, directors Veronika Franz and Severin Fiala have created a film that is largely open to interpretation and creates an open discourse where religion, family, and grief are all combined to create the perfect balance of horror.

Continue Reading
You may also like...
Related Topics:reviews, The Lodge