Aging patriarch, Franco Cozzo, holds court over an iconic furniture empire. A pioneer of low-fi television advertising, Franco’s tri-lingual catchphrase sparked a cult-of-personality as kitsch as his baroque bedheads. But his character is more than caricature. Franco’s journey from rural Sicily to the high streets of Melbourne is marked by fame, fortune and family drama. With ten children and a cult status to maintain, he’s a busy octogenarian. Meanwhile, his furniture tells its own story about Australia’s immigration history, gracing the homes of an evolving aspirational migrant class throughout the post-war era. But what will Franco do when the world, and his clientele, begin to move on without him? 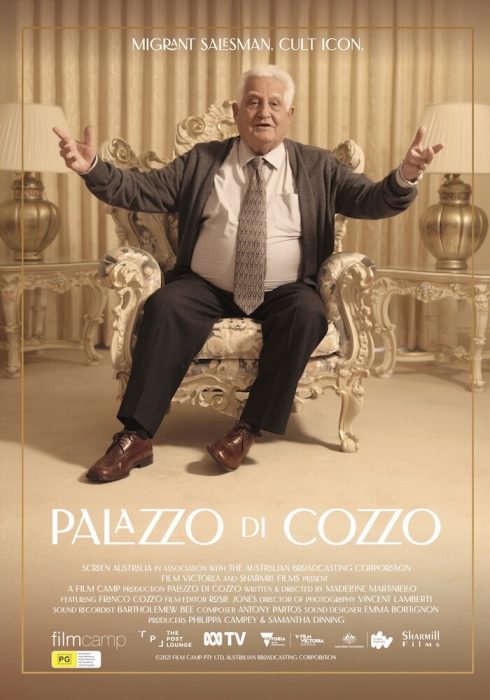