A global pandemic may have put Top Gun: Maverick on ice (man) but when the long-awaited sequel to Tony Scott’s beloved ‘80s smash finally hit the big screen, no one could have predicted the blockbusting heights that the high-flying Tom Cruise vehicle would reach.

Not only has the critically acclaimed Top Gun: Maverick joined that exclusive global Billion Dollar club frequented by Jedi knights, boy wizards, Marvel superheroes, Frozen Disney princesses and the world’s most famous sinking ship, the film is also Paramount’s most successful release ever globally and, at the time of writing, the airborne actioner is the third biggest film of all time in Australia having recently overtaken Avengers: Endgame! At the time of writing, over 4.61million Australians have seen Top Gun: Maverick in just 67 days. And next week, the biggest cinematic release of 2022 will be flying into the digital realm, available to buy from your favourite digital store like Prime Video, Telstra TV Box Office, YouTube or the Apple TV app.

Watching the spectacular film digitally, you’ll be able to relive the breathtaking aerial dogfights again and again as Pete “Maverick” Mitchell, now a teacher at the Top Gun academy, trains a team of new Top Gun recruits, including Miles Teller playing Rooster and Glen Powell as Hangman, for a perilous mission behind enemy lines.

And if you thought the film looked impressive at the cinema, just wait until you experience the exhilarating action in glorious 4K in the comfort of your own home. The heightened clarity and increased detail perfectly capture the stunning aerial photography. With Cruise and his fellow actors put through G-force training to lend their flying scenes added authenticity, Top Gun: Maverick looks magnificent. Who needs special FX when you have the world’s biggest movie star acting inside a speeding Boeing F/A-18 Super Hornet captured by an IMAX camera?

The original Top Gun, released in 1986, was the film that saw Tom Cruise’s Hollywood star power take flight. Top Gun: Maverick is the film that sends the Mission: Impossible star into the stratosphere. Back then, the videotaped fuelled home entertainment landscape was very different. Now you can rent or buy a state-of-the-art digital experience at the click of a button. What better way to push that system to its limits than the biggest film of the year?

Cleared For Take Off—Witness the most intense film training program as the cast
prepare themselves for filming while pulling multiple G’s in a fighter plane.

Breaking New Ground – Filming Top Gun: Maverick—Prepare to take flight as you go
behind-the-scenes with the cast and crew of Top Gun: Maverick on a journey to capture
the most spectacular aerial sequences ever!

A Love Letter To Aviation—Tom Cruise shares his passion for aviation as he pilots his
own aircraft, a vintage World War II P-51 Mustang, which would have been the Top Gun
aircraft of its day.

Forging The Darkstar—Pushing the limits beyond Mach-10, the future of aviation is
unveiled through an impressive experimental aircraft specially designed for the movie.

“I Ain’t Worried” – OneRepublic Music Video—Check out the music video to the
original new song from OneRepublic. 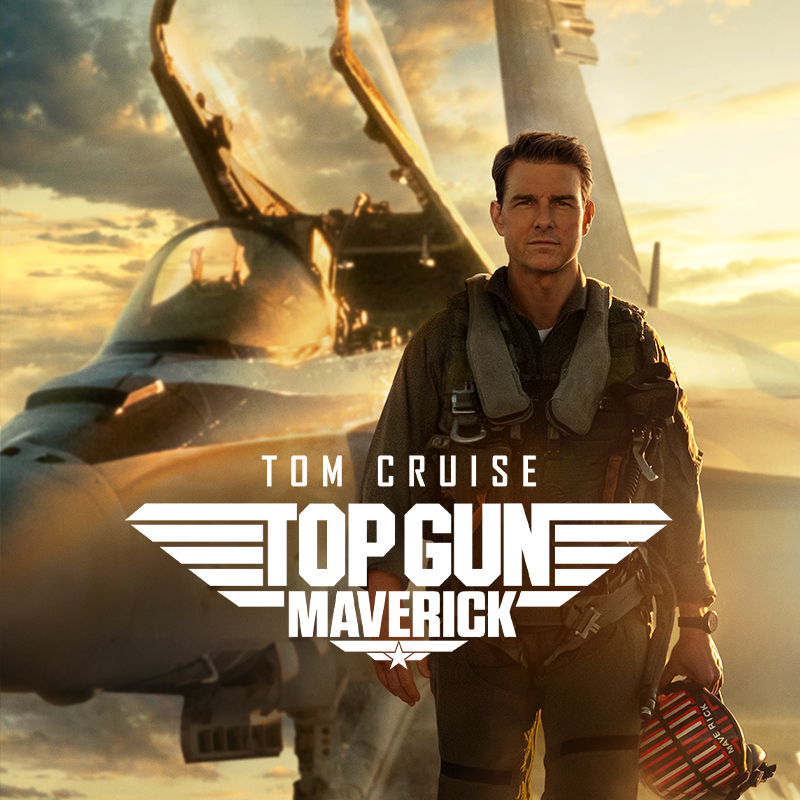