With Ghostbusters: Afterlife finally hitting cinemas very soon after sitting on a Sony shelf for more than a year because of COVID, the time is right to revisit the 1984 classic that started it all.

The presence of Harold Ramis, who passed away in 2014, made us a little suspicious that some or most of the material here had been extracted from old DVD Making Ofs or TV specials. Something else that makes it seem more like a fan film is the complete absence of music from the movie, as if somebody couldn’t get hold of the rights (even while talking about Ray Parker Jr’s immortal title anthem, the movie doesn’t play it). 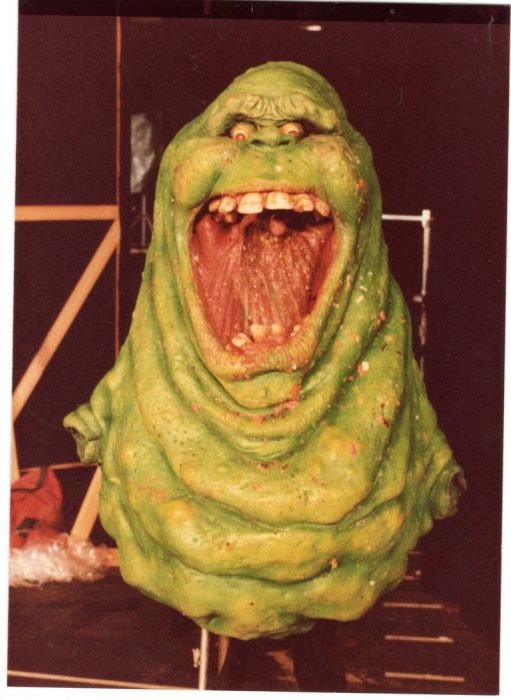 But the distributor assured us all the interviews are original – brother and sister filmmakers Anthony and Claire Bueno apparently having been interviewing the principals and putting the film together for years now. It was bankrolled by Crackle, Sony’s US-based streaming service, and the pair are finalising another film as we speak all about the making of Ghostbusters II.

If you’re a Ghostbusters purist the title will make sense to you immediately, it’s the name one of the Bus Boys’ coolest contributions to the soundtrack. You’ll also know a lot of whats in here, especially if you enjoyed Insight Editions’ Ghostbusters – The Ultimate Visual History (which Moviehole.net reviewed way back in 2015). But it’s still great fun seeing it done in real life using behind the scenes footage as well as explanations of how it all went down by those who were there.

Interviews include all the major cast with the exception of Rock Moranis and (no surprise) the infamously prickly Bill Murray. But director Ivan Reitman, the producers and associate producers (many of whom had never worked on a film before), puppeters, model makers, animators and more are all present – even Parker Jr talks about coming up with the globestopping song overnight when given a deadline of the following day.

There’s a very nice mix between recollections and B roll footage putting you there. It’s just as much fun seeing faces like Alice Drummond (the Librarian) and Jennifer Runyon (the test student Venkman flirts with during the psychic powers study) as it is seeing how the various effects were designed and executed. 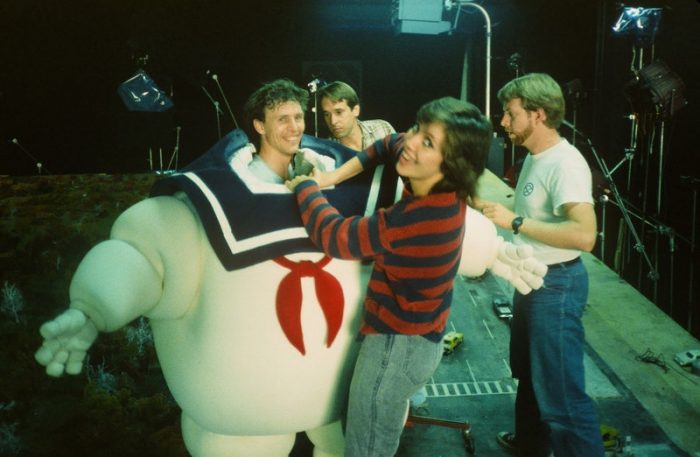 Sigourney Weaver talks about how nervous the couch puppeteers were grabbing her more sensitive parts with the monster arms, the Stay Puft crew remember how few suits they had for the scene of the Marshamallow Man scaling Central Park West while on fire – and how close to the wire it came before they finally found a decent stuntman with fire experience – and there’s some awesome footage of the Slimer suit being manipulated against a black curtain to be animated in later.

Regardless of how familar you are with the material in Cleanin’ Up the Town, seeing it is a little like watching the movie over again and reminding yourself of just why it’s a modern classic.