Since its release in 1987, ”RoboCop” has become one of those franchises that just refuses to end because so many people love the original so much. After one pretty good and one terrible sequel in the early 1990s, two animated series, two live action series, countless appearances in comics and videogames and a so-so 2014 reboot, RoboCop projects just keep coming.

The latest is ”RoboCop Returns”, a direct sequel to the original film based partly on a 1988 script written by original writers Ed Neumeier and Michael Miner. The movie was given the go ahead and fans everywhere were excited when director Neill Blomkamp (”District 9,” ”Chappie”) signed on. But after some development work, Blomkamp sudden;y tweeted in August 2019 that he was off the project.

”RoboCop” fans barely had time to take a breath before Aussie director Abe Forsythe jumped on board a few months later, and he’s been busily adapting the script ever since, using the bare bones of the 1988 idea but incorporating ideas both from Blomkamp’s time on the film and with input from Neumeier, who’ll produce.

But when Moviehole.net recently talked to Neumeier about his life, times and career, he dropped a thrilling bombshell about a completely different project, a ”RoboCop”-adjacent TV series about the rise of Omni Consumer Products and Dick Jones, the slimy vice president played so brilliantly by Ronny Cox in the original film. Think Gotham, but set in Delta City…

How did the idea come about and what stage is it at?

I’m working at MGM on it. It has all the cool stuff about RoboCop except no RoboCop.

I’m working with these two writers, Dave Parkin and Rob Gibbs, who bought this idea to a TV producer friend of mine, who then brought it to me. The first time I heard it I knew it was a cool idea because I could see a lot of things you could do with it. It’s such an interesting character. 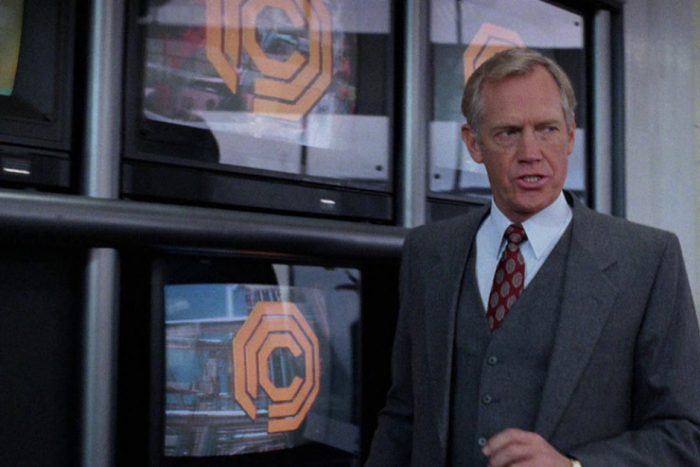 Will it be satirical about politics and society like the movie was?

There’s the idea of doing things about business and law enforcement in the city of Detroit a minute-and-a-half in the future, it would be a way to do all sorts of stories about business and tech, Silicon Valley, corporations, snakes in suits, cops, all that. It’s a wonderful rich tapestry.

So we’ve been talking about it and I think we have an interesting story. It’s fun to work with a younger version of the Dick Jones we meet in RoboCop. He’s an actualised corporate predator [in the move] but nobody necessarily starts out being the bad guy.

So it’s going to be about the evolution of Richard Jones to Dick Jones, the story of OCP and how the world moves into the future, how the corporate world behaves.

Do you have a formal go ahead?

With any luck, if MGM is willing, if we can find the partners, if we can get this pilot made, if we can convince a bunch of people – it’s amazing how many people you have to convince – if that all works out maybe we’ll get a TV show up.

Ronny Cox would be a hard act to follow.

He’s great, and to actually know where you’re going with this, to know that’s who he becomes is fun for the writers to work with. They’ve come up with a whole back story I never did. 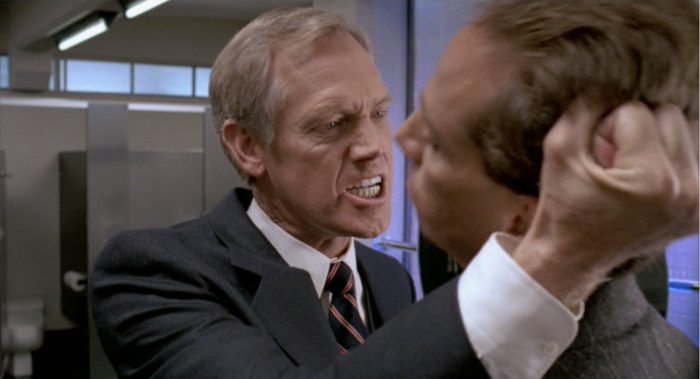 Was there a real world inspiration you can draw from again?

In truth Dick Jones was based on an alcoholic landlord or real estate agent I had when I was writing RoboCop. He seemed very old to me but he was probably younger than I am now. He always wore a grey suit and he was always really drunk, walking-around drunk. He had this weird name, Dick Jones, which just seemed very old fashioned.

So all I knew about the character was that he was going to be this corporate predator and his name was going to be Dick Jones. When I met these two writers they asked about his back story and I just shrugged because I didn’t have one. They’ve come up with a whole back story for him.

The Alpinist Review : A Majestic Climb On A Huge Scale https://moviehole.net/the-alpinist-review-a-majestic-climb-on-a-huge-scale/

What did we think of James Wan's latest? https://moviehole.net/malignant-review-bizarre-horror-with-blood-and-gore-a-plenty/

Opening day of the movie. Hard to describe the level of nerves and excitement I experienced that morning. Happy memories. https://twitter.com/frightflix/status/1439539870913863684