“Crutch” makes its world premiere at DOC NYC and will be available for the duration of the festival from November 11-19. The film chronicles Bill Shannon’s extraordinary life and mission as he finds his voice and uses his artistry to expose the secret world of assumptions that people make about those with disabilities. 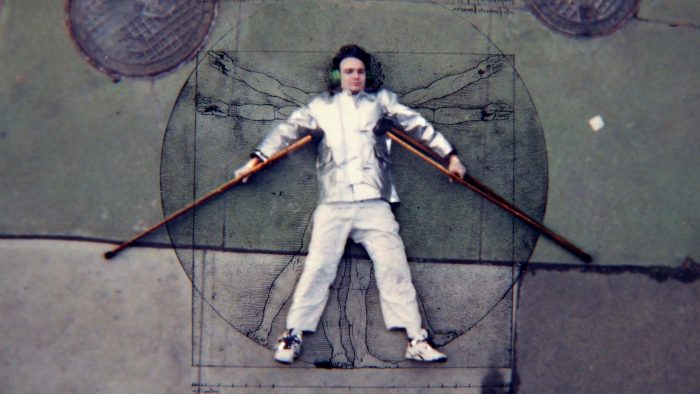 Two decades of exclusive access, plus a lifetime of archival footage, depict Shannon from his early years to his rise as an award-winning dancer and cutting-edge performance artist. CRUTCH examines Shannon’s controversial street performances as he exposes a myriad of prejudices disabled people encounter in public on a daily basis.

While the film questions his early exploitation of strangers’ good Samaritan impulses, it also marvels at Shannon’s ability to create solutions and offer empowerment to those facing similar challenges.

“In 2000, we were initially drawn to Bill Shannon because of his unique style of dancing and skateboarding on crutches,” directors Sachi Cunningham and Chandler Evans said. “He was, and still is, a one-of-kind. No one in the world dances and skates like he does. As filmmakers who enjoy the movements and aesthetics of surfing and capoeira, we were quick to appreciate his fluidity and grace. But, from the beginning, we knew that our film could not be another ‘triumph over adversity’ narrative. Bill was adamant about that. He had absolutely no interest in being the subject of what the disability community calls ‘inspiration porn.’ 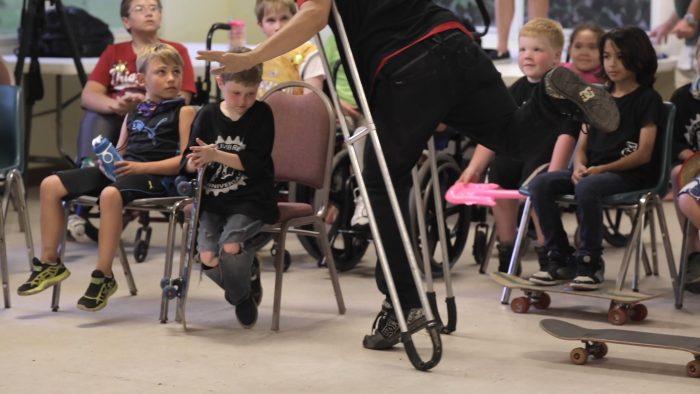 “At the time, Bill was struggling to express something that was both difficult to capture and hard to define. He had begun a series of street performances to probe into the secret world of assumptions which multiply and magnify when experienced through the lens of disability—especially when that
disability involves crutches. He wanted to capture these street interactions (or phenomena), and present them to the world to witness and understand. But he hadn’t succeeded yet.”

Check out the trailer for the doco below!