Speaking again to the wonderful Kevin Smith – truly, one of the nicest but also most talented comedic filmmakers around; I think his films, especially those with a nice mesh of the sweet and without prescription cialis daily online silly, are reminiscent of the work of James L.Brooks and Rob Reiner – about the viagra side effects for men upcoming home ent bow of “Jay and Silent Bob Reboot” (which truly will be one of the best times you’ll have in front of the telly this year!) , and I just had to ask him about his recently announced plans to do a sequel to “Mallrats”. Specifically, will Shannon, played by some fella named Ben Affleck, will be back?

“Oh, I hope so. I mean I’ll ask him when the time comes. It’s just whether he’s got the free time to jump out. That would be lovely. But, you know, him coming back for Holden [in “Jay and Silent Bob Reboot”] is super special because that character is super special. I don’t know if I’m like ‘hey man, it’s “Mallrats”, want to come back for Shannon Hamilton?’ he’ll be like, ‘no.’ [laughs]. But we’ll see.” 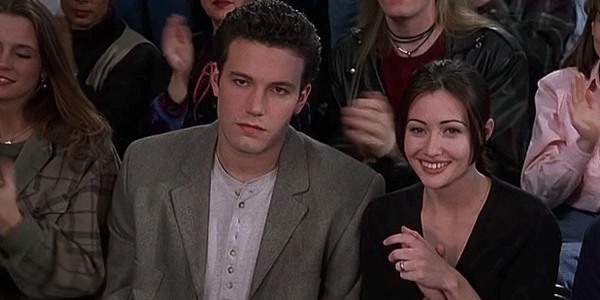 Smith said a couple of weeks back that “Mallrats 2” would focus on a big convention that’s happening in the mall. That sounds similar to what he planned to do back in 2015, when it was almost a TV series. The synopsis then? “It’s 20 years later and the mall is on the brink of shutting down. Just like the mall everywhere it’s kind of on the way out… So it takes place as the tablets viagra online great britain mall is about to close and Brody Bruce, the Jason Lee character, is throwing his… he’s got a comic book store, Body Bruce’s Secret Stash, which we had introduced in Jay and Silent Bob Strike Back. He has moved it into the mall and he’s throwing this Mallathon Comic Con to try to keep the mall alive. He’s like the people in Back to the Future – ‘Save the clock tower’ – he’s trying to save the mall and sh*t… The whole place finally has a crowd in it for the first time in years and the movie is stolen from Die Hard so in the middle of the Comic Con terrorists take over the mall and so originally the title of the script was Mallrats 2: Die Hard in a Mall. I don’t think Fox is going to let us call it that so we might have to call it something else, but Brody teams up with everyone you remember and buy nolvadex love from this movie, 18 characters from this movie come back in Mallrats 2 and then we add another generation as well, their kids as well.”

The working title of the script, I believe, is “Twilight of the Mallrats”.