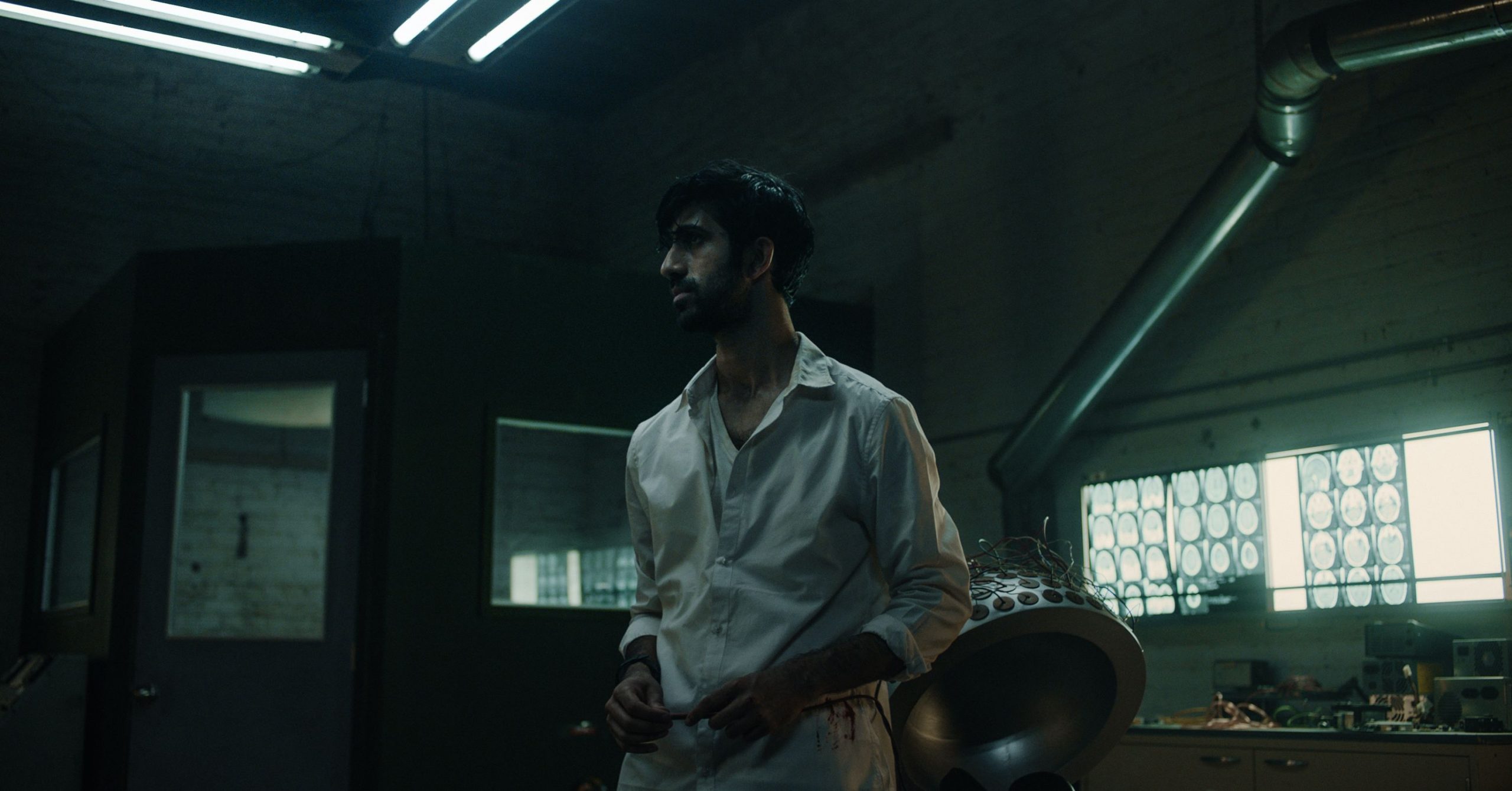 The further we crawl towards our inevitable dystopian future of infrastructure-by-algorithm, advanced artificial intelligence and post-humanist body modification, the more compelling I find science fiction cinema. It’s one thing to speculate about the far-flung future as an escapist fantasy; it’s another to see a director play with the possibilities of what we’re dealing with right here and now.

Director Eric Schultz and co-writers Justin Moretto and Thomas Torrey clearly have a passion for the fascinating realms of neuroscience – more on that in our recent interview with Schultz – and that eager passion is reflected in Minor Premise‘s ambitious protagonist, Ethan (Sathya Sridharan).

After the death of his famed neuroscientist father, Ethan becomes obsessed with realising the full potential of the research he left behind. While his father was studying how the human mind retains and accesses memories, Ethan is determined to take it one step further and discover a method to gain control of human consciousness itself. Using his own mind as a test subject, Ethan’s experiment inadvertently separates his consciousness into ten distinct fragments – and not all of them are willing to reverse the process.

Where films like Lucy and Split took concepts of human consciousness into rather absurd directions, Minor Premise is a much more grounded approach that still delivers plenty of tension and intrigue. It’s a mostly single-location thriller, and it does more than enough with the element of mystery to justify the confines of the reclusive Ethan’s home.

Ethan’s no mad scientist; rather, an ambitious young man who wants to surpass his father’s legacy and make a name for himself. Sathya Sridharan‘s Ethan is reclusive and obsessive to the brink of self-destruction, but his charismatic and measured performance saves the character from falling into manic Re-Animator territory.

Paton Ashbrook (niece to Twin Peaks’ Dana Ashbrook, who also stars in the film) also does a damn fine job as Alli. She’s initially just as puzzled as we are, but her instincts and guts drive her to help save Ethan from himself as her own curiosity draws her into such strange and threatening circumstances.

There’s a risk with any film like this to become far too convoluted and mysterious for its own good, sabotaging the audience’s engagement for the sake of trying to be clever and cutting-edge. But slick editing and direction keep things on track, ensuring we’re never too lost in the weeds of Ethan’s ever-changing perspective.

Overall, this is an incredibly solid directorial debut from Schultz, and a breath of fresh air for any genre fan who’s experiencing big-scale sci-fi feature fatigue.