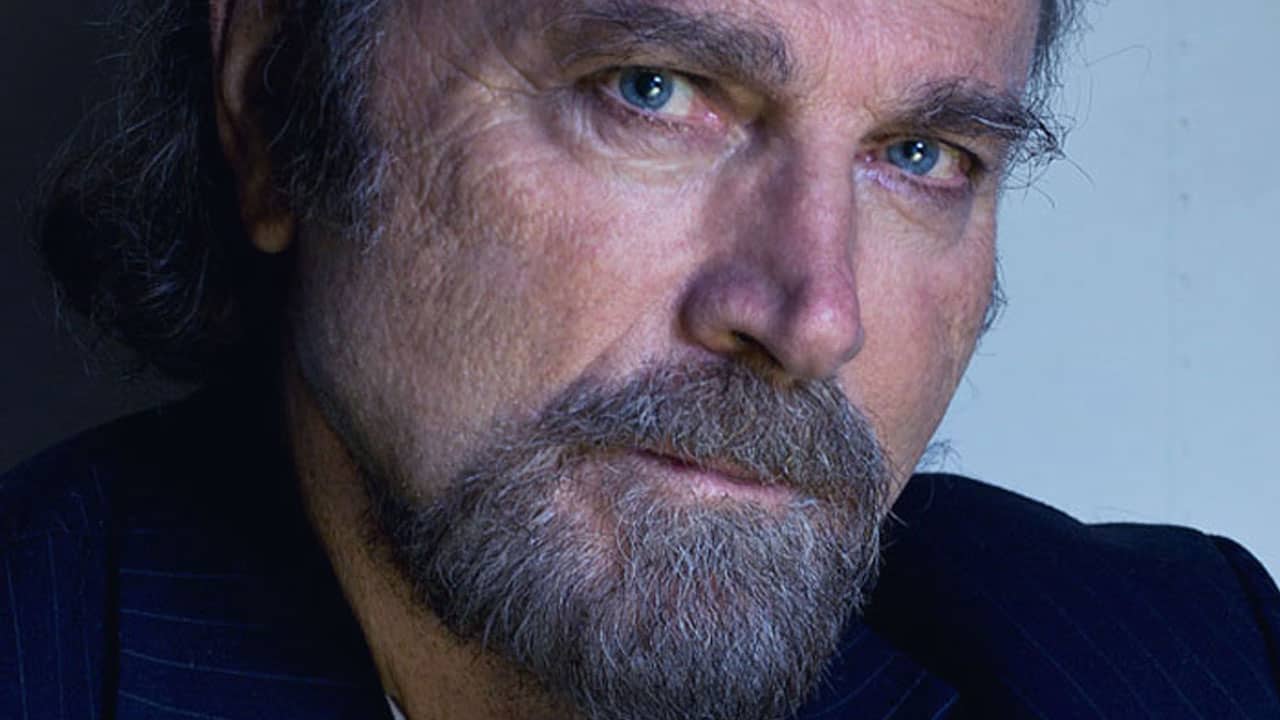 Franco Nero may be one of the most mesmerizing actors alive. How many conversations can go from learning Shakespeare from John Huston (“African Queen”) to carrying Sir Lawrence Olivier (literally)? Not many!

Nero not only got a big break from Huston in one of his first roles, but also ended up with a bigger break from starring in “Camelot” with Richard Harris and Vanessa Redgrave (his now wife). Nero has starred in many, many movies since, including “Force 10 From Navarone,” “Django,” “Die Hard 2,” “John Wick 2” and “Cars 2.”

While the industry is on hold, Nero spared some time to give Moviehole an interview all the way from Italy on behalf of his upcoming film “RECON,” which just came out on November 10, right before Veteran’s Day. The World War II thriller was based on a real military story; it was written and directed by Academy Award winner Robert Port (“Twin Towers,” “Agent X”). The film was adapted from the critically acclaimed New York Times best-seller “Peace.”

Moviehole: What has been your favorite movie role?

Franco Nero: If you ask a mother who has many children, she would say ‘I love all my children’ — I’ve done more than 230 movies and I love them all, good and bad. Sometimes a woman who is pregnant, her child could be beautiful or ugly – it’s the same thing with movies. I’m glad I did all those wonderful movies but I chose to do those movies. If I could choose one part or role because of the story and the relationship between a man and woman, it would be “Carmen”; it’s a universal story, man.

Also I did a movie with a group of friends, we started to do short movies when I was 20 in the north of Italy; then I had a contract with Warner Brothers for five movies, with Jack Warner, but my friends called me to do a movie so I did that movie. I said to Jack I was homesick and wanted to leave; he said I was crazy.

FN: It was very easy, like with most films I’m doing; they sent a script to my agent in England, my agent sent me the script, I read the script and liked it. I remember it was a tour de force; I had just got back from Cuba where I did a movie, I stopped in Rome for two nights to do a show to raise money for boys and orphans for a village one night and then drove to go to Vancouver to shoot the movie.

Moviehole: What was the biggest challenge in making this film?

FN: The biggest challenge was to fight the cold and to survive the cold — you have no idea how cold it was! I was still in the clouds on the plane when they give me a little hat and shoes for dancing; I said to Robert, ‘I’m dying!’ And so they gave me a proper fur coat and boots, otherwise I would’ve been dead (laughs).  It was extremely cold but I had a lot of fun, the boys were wonderful and I had a great relationship with Robert the director.

We have a wonderful project to do in Cuba called “Black Beans and Rice,” I want to do it with Micheal my grandson (Liam Neeson’s son by Natasha Richardson). With COVID, we don’t know what to do. A few months ago, I was supposed to do “DJango Lives!” in Louisiana and it was postponed, it was supposed to start shooting.

Moviehole: What role are you most recognized for?

FN: I think I’ve done all genres, everything; for children, for workers, intellectuals, I am recognized from different classes of people. “Django” was for the workers and Quentin decided to do another short movie on it called “Django Lives!” which was written by John Sayles. I would say mostly for “The Virgin and the Gypsy” or “Camelot.”

Moviehole: Are you going to work with your wife Vanessa again soon?

FN: The movie I was supposed to do in Torino, Vanessa was supposed to be in the movie, so now we don’t know what will happen. With Robert Port, the movie was going to film in Cuba with my grandson Michael, who changed his last name to Richardson. He said ‘Nono, that will be the greatest gift to work with you.’

Moviehole: “Camelot” was AMAZING. Do you have any favorite stories from that film?

FN: This is the story about how I got “Camelot”: I was doing a western in Italy and the production said we had a call from an agent and she said you be on the plane for London — I didn’t know anything. Josh Logan and John Huston had had lunch and Josh said I want new people to be in the film; Huston said, ‘I have two actors for you, one is Richard Harris and one is Franco Nero.’ Logan said, ‘I don’t know him,’ and Huston said you should meet him. Also, during the filming of the “The Bible: In the Beginning…,” Huston was my “English teacher” and gave me records of English actors reading Shakespeare and so I learned English phonetically.

So I met with Josh and he said, ‘John is right — physically you are perfect, but your English is poor and it’s an expensive film,’ so I was going out the door and then I said, ‘I know Shakespeare!’ I went on speaking for a half hour and then Josh said, if you know Shakespeare, you can do a few lines in English. I didn’t know the actress (Redgrave) in “Camelot” and Josh said, ‘you would love her’ and I didn’t know the name. One day we were at the Warner Brothers studio and they said, ‘there she is,’ and I saw a woman with freckles and in blue jeans, and I said, ‘you’re crazy, she’s so ugly!’ Then I got a note in Italian inviting me to dinner with Rod Steiger and Clare Bloom; I knocked at the door and a beautiful lady opened the door and I said, ‘Sorry, I was invited by Vanessa,’ and she said, ‘I’m Vanessa!’ (laughs).

Moviehole: What advice would you give to young actors?

FN: Study with your heart and soul, and never give up. Being physically attractive is not enough, you need to focus on your dream and don’t focus on money. Be prepared to make sacrifices. People look at their selves in the mirror and say, ‘I’m beautiful!’ You need to make a lot of sacrifices.

Moviehole: What is your acting method?

FN: The best acting lesson is experience of life. If you suffered to survive in life like I did with no money, that helps you a lot with your expressions and everything. The street is the best school. Then you need technique and other things. I had such a great lesson, I think I’m the only actor who has done more than 30 nationalities; the Arab, South American, Italian. If I play a magistrate, I go a few days before and go to court to see how they move and talk. Also the costume helps you. Like the general I played, the moment you are in costume, you feel the part. I’ve played the heroes of many countries.

I had wanted to help a young producer, I remember I turned down a big job on TV to do that, I don’t like to do TV. I like movies. I did the movie for this young boy; it’s the story of an old actor who is a star but he doesn’t have the memory and needs help with his lines. The short won in the festival in New Mexico, Las Vegas and in Venice Beach as Best Actor.

Moviehole: Do you have any last things to add?

FN: The last thing I have to tell you is that I once did a movie with Laurence Olivier; when I did the movie, he said ‘You remind me of when I was young.’ He said, ‘what do you want to be, a star or a good actor?’ I said, ‘I’d like to be a good actor first.’ He said, ‘If you want to be a star like most Americans do, they always do the same role, what a bore!’ He said to change roles all the time, take risks, and in the long run you will get the fruits. I did, I changed roles all the time.

And I don’t like actors who take selfies all the time. The only time I wanted a photo of me is when I was shooting the film with Olivier and we took a break for lunch and he was sick; he said can I ask a favor, I would like to go to other stage to say hello to a friend, can you help me in walking? So I put him on my shoulder, I told him no problem. That was one time I wish I had a photographer, with the greatest actor on my shoulder!

Moviehole: Can you tell me about your upcoming film projects?

FN: There is an Italian movie that I will direct called “The Man Who Drew God” – a story of a blind man. There is also “Django Lives!” and “Black Beans and Rice,” a movie in Cuba I will do with Robert Port.

Continue Reading
You may also like...
Related Topics:Franco Nero, Interviews