Earlier today, we had word that JK Simmons was set to reprise his role as Commissioner Gordon in HBO Max’s “Batgirl” movie.

The flick, to be helmed by Billal Fallah and Adil El Arbi, will see Leslie Grace’s Barbara Gordon don the black get over and help protect Gotham from…

According to Patreon scooper Daniel Richtman, the film’s villain is described as a man in his fifties or sixties that’s an ex-firefighter. 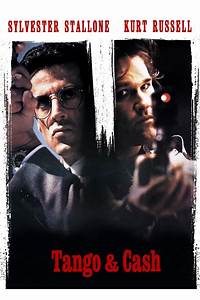 The prototype for the role is Sylvester Stallone and Kurt Russell – the two “Tango & Cash” co-stars who are still going hard at it in the likes of the “Rocky” and “Fast & Furious” franchises, respectively.

Its very rare that the ‘prototype’ for a role is cast – usually because the actor is unattainable – but might Sly Stallone, who very rarely plays bad guys, be a good fit for a Batman baddie? (trivia : Stallone was originally approached to play Batman in the 1989 Tim Burton film).