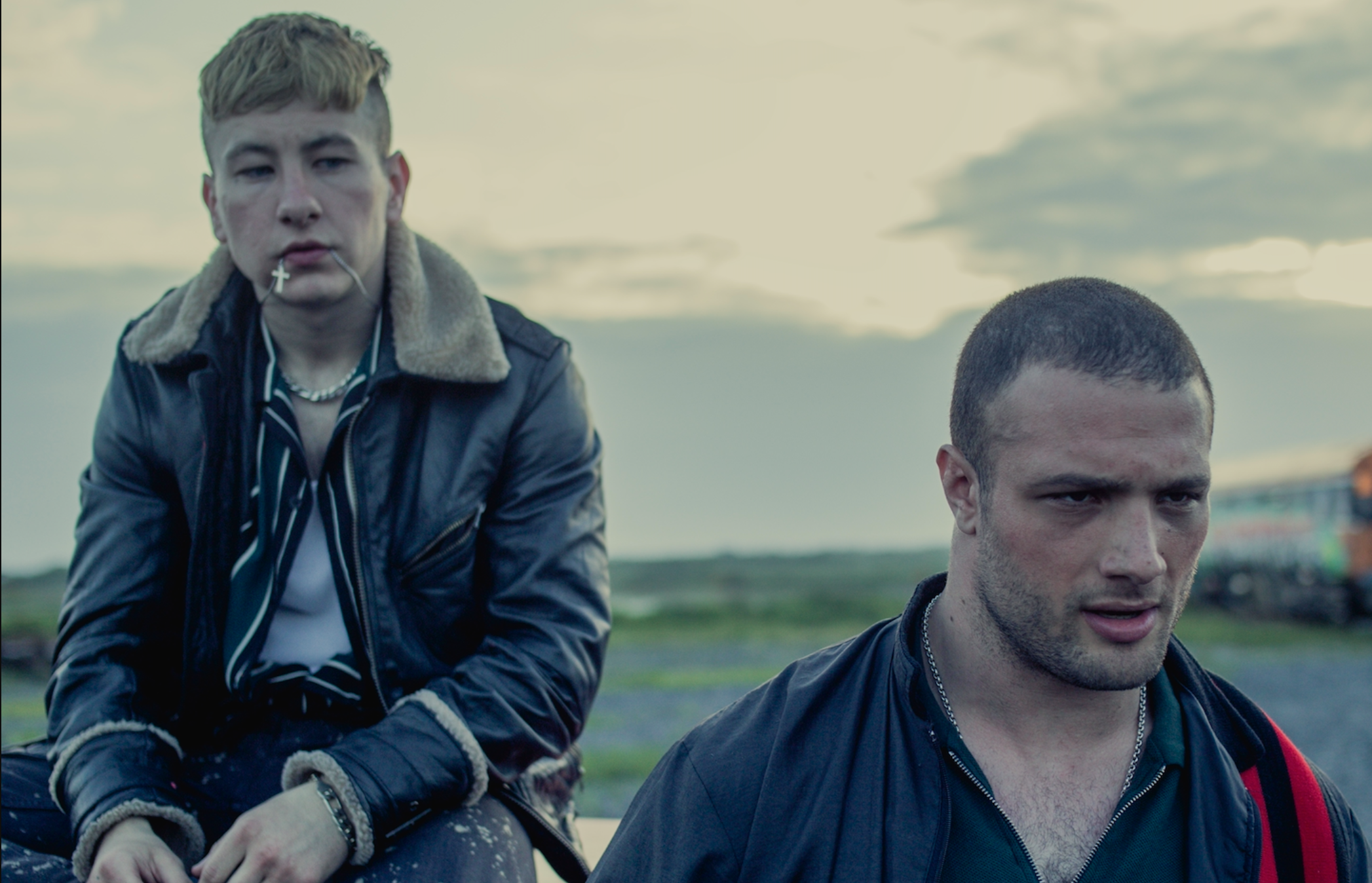 It’s Ken Loach meets Quentin Tarantino in this fable about a mob enforcer in a socially disadvantaged rural locale. Nick Rowland, directing from a script by Joseph Murtagh, spends almost the entire running time painting a bleak picture of poverty and disadvantage in modern Ireland. Douglas – a former boxer whose friends and colleagues call him ‘Arm’ (Cosmo Jarvis) is a fixer for a crime family, trying to stay one step ahead of both the dole and a bullet.

He has an autistic son with his ex partner he loves desperately, but he’s far from equipped to care for him adequately long term and now faces the prospect of losing him altogether when his mother tells Arm she’s moving away.

Meanwhile, along with his best friend Dympna (Barry Keoghan of ”Dunkirk” fame), Arm crisscrosses their seaside village extracting protection money and doling out punishment for sleights against the Devers family.

When we meet Arm and Dympna, one such punishment is against local man Fannegan, who attended a party at the Devers house and overstepped the line with one of the teenage daughters of the household. Arm is businesslike and almost apologetic as he punches the shit out of the man in his house, his wife locked in the other room so she can’t see it.

But the family patriarch later decides Fannegan hasn’t paid enough and orders Dympna and Arm to take care of him with more finality. Arm takes him for a walk late at night along the cliffs above the sea, intending to either push him or make him jump.

The decision Arm makes will have far reaching consequences, although Rowland is less interested in the machinations of life in a crime family, even when Arm and Dympna are drawn into a brutal, action movie-like climax. The criminal clan are scary but only get a few scenes, the reach and affect of their activities only ever hinted at.

The story is much more about loyalty and how it can be abused, and a simple man drawn into a violent world he hopes he can escape from somehow but ultimately knows he probably can’t. With his straight-talking former imploring him to give his son as normal a life as possible while Dympna uses him like an attack dog, they’re metaphors for those little angel on one shoulder and demon on the other motif, fighting for control of Arm’s soul and destiny.

The mood throughout the film is aggressive, sombre and devoid of hope – in everything from a script simmering with constant menace to the cinematography – so it shouldn’t make it any surprise where it’s all headed.

But if you’re after a machismo-filled, Scorsese-esque romp about the very cinematic consequences of toxic masculinity you might be disappointed. Rowland isn’t very interested in action. He’s not even particularly interested in violence, despite the title (released in its native territory as ”Calm With Horses”, a nod to the use of horse riding to treat Arm’s son). As a result many viewers will find it dour and colourless, and it doesn’t help that the lead character is kind of passive.

But it smacks of raw authenticity and for audiences outside the UK, it will demolish the picture postcard image you have of Ireland like Gaspar Noe’s ”I Stand Alone” did about Paris.

Continue Reading
You may also like...
Related Topics:In the Shadow of Violence, Ken Loach, reviews

Relic review : nothing short of impressive
The Rental review : effectively builds tension and make you rethink that Air BnB
Advertisement