Marvel are keen to bring The Fantastic Four into the MCU, that we know – and there’s also whispers that John Krasinski, a longtime favorite to don the grey sideburns, might have already been cast as Reed Richards in an upcoming film – but might we be seeing one of the team sooner than the rest?

According to a rumor over at Giant Freakin’ Robot, one of the ‘surprise’ characters to pop up in Sam Raimi’s upcoming “Doctor Strange and the Multiverse of Madness” is none other than superhero scientist, Mr Fantastic.

But that’s not all – Professor X and Namor are also said to be on the docket for appearances. 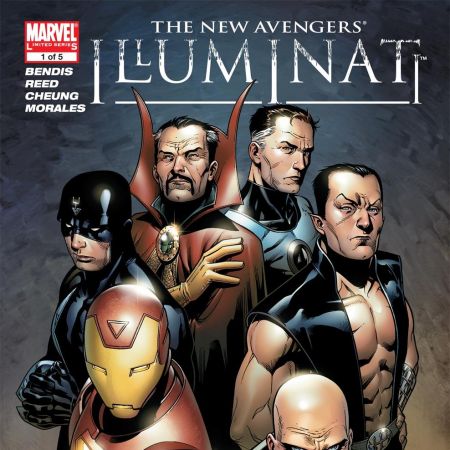 For the unversed, these characters make up most of the members of the Illuminati in the Marvel universe so it’s entirely possible that Marvel does have a plan to introduce these respective characters back onto screens as a team. It would be a different way to go.

Hmmm.Whatcha think of this? I just…

… well, let’s give the report the benefit of the doubt.

If the report is accurate, who we gonna get to play Namor, Charles and Reed? Hopefully Krasinski is still the frontrunner to play the new Reed, and it would be cool if they were able to coax either James McAvoy or Patrick Stewart back to play Xavier, but I haven’t the foggiest who they’d be looking at for Namor? I remember years ago there was talk of both Matt Damon and Dwayne Johnson but this when they were both in their thirties, and I can’t see either of them wanting to commit to a long-time comic book character contract at this point in their lives, let alone career – plus Johnson is playing Black Adam.