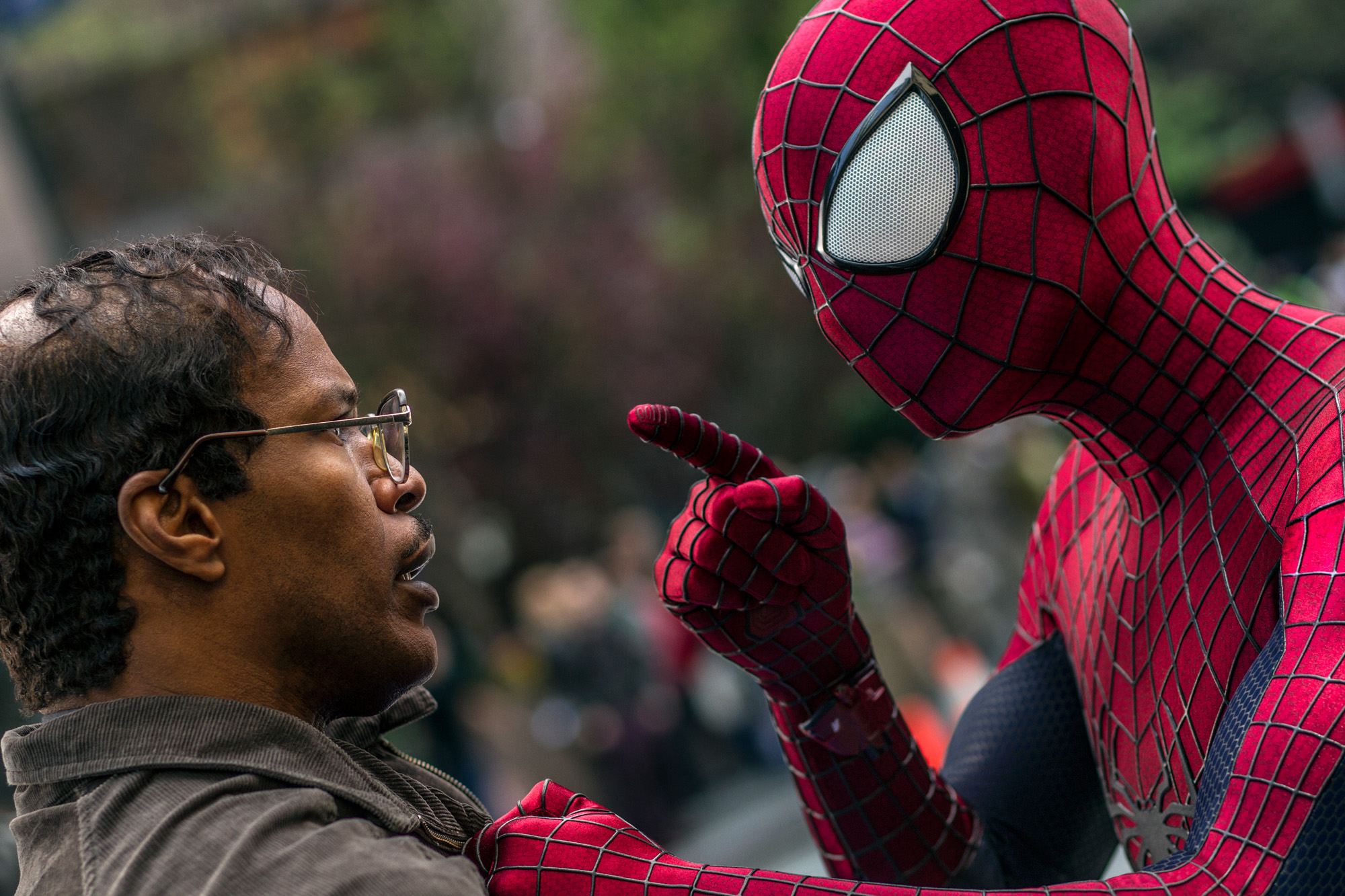 Jamie Foxx confirmed this week that he’ll reprise his role as Electro, the villain at the center of “The Amazing Spider-Man 2”, in the next “Spider-Man” film.

“Amazing Spider-Man 2” was, of course, the second and final instalment of the Andrew Garfield-starring series of web-slinger adventures. The series was later rebooted as “Spider-Man : Homecoming” with Tom Holland donning the red togs.

With Foxx’s villain from a completely different ‘franchise’ – so to speak – being ported over to Holland’s third Spidey adventure, speculation has pushed into fourth gear with fans suggesting this next film in the franchise will combine the various incarnations of Spider-Man over the years. Foxx himself added fuel to the fire by posting the following image – among others- on his socials, before it was deleted.

Tell Spidey let’s run it back!… super excited to part of the new marvel Spider-Man new installment… can’t wait for y’all to check the new one. And I won’t be blue in this one!! But a thousand percent badass!!!

If true, the follow-up to “Spider-Man : Far From Home” will likely see Holland’s Peter Parker team with web-slingers from alternate universes – including Tobey Maguire and Andrew Garfield’s incarnations of the character.

Interestingly enough, Sam Raimi’s upcoming “Doctor Strange” sequel is also set in the multiverse and its been rumored that that film might also be bringing back not only earlier incarnations of superheroes but Maguire, the lead in Raimi’s three “Spider-Man” films.

It’s possible that the new “Spider-Man” and the new “Doctor Strange” will be linked by one epic story that sees the trio of Spider-boys unite to defeat the forces of evil.

The new “Spider-Man” film, to be directed by returning chief Jon Watts, will hit theaters November 5, 2021.  The film begins shooting this fall in Atlanta.