As part of their coverage of “Mission : Impossible 7”, Empire Magazine profile a dangerous stunt in which star Tom Cruise rides a bike off a cliff.

“If the wind was too strong, it would blow me off the ramp. The helicopter [filming the stunt] was a problem because I didn’t want to be hammering down that ramp at top speed and get hit by a stone. Or if I departed in a weird way, we didn’t know what was going to happen with the bike. I had about six seconds once I departed the ramp to pull the chute and I don’t want to get tangled in the bike. If I do, that’s not going to end well.” [More…]

Steve McQueen and the BBC are collaborating on “Uprising”, a a new three-part docuseries diving back into Black British history. [More...]

A trailer for Amazon’s new anthology series “Solos”, starring Anne Hathaway, Helen Mirren and Anthony Mackie, has been released ahead of the series May 21 premiere.

Universal Pictures has tapped “Lego Movie” directors Phil Lord & Chris Miller to direct a film based on the U.S. heroes who, in the early days of Covid-19, tried to sound the alarm about the dangers of underestimating the deadly seriousness of the killer virus. [More….]

While they wait to see if the Hollywood Foreign Press reenacts forms, NBC has cancelled the 2022 Golden Globes. [More..]

The first photo of Leonardo DiCaprio in Martin Scorsese’s “Killers of the Flower Moon” has been released.

MGM’s American International Pictures have acquired Zoe Lister-Jones comedy “This is How It Ends”.

In this feel good apocalyptic comedy, freewheeling Liza (Zoe Lister-Jones) scores an invite to one last wild party before the world ends. But making it there won’t be easy, after her car is stolen, and the clock is ticking on her plan to tie up loose ends with friends and family. Accompanied by her younger self (Cailee Spaeny), Liza embarks on a hilarious journey across Los Angeles, running into an eclectic cast of characters.

The film releases in theaters and On Digital July 20.

The new trailer for “House Bees”, starring Ellen Bursytn and James Caan, has been released.

While her house undergoes repairs, fiercely independent senior Helen (Academy Award® winner-Ellen Burstyn) moves into a nearby retirement community ― just temporarily. Once behind the doors of Pine Grove Senior Community, she encounters lusty widows, cutthroat bridge tournaments and a hotbed of bullying “mean girls” the likes of which she hasn’t encountered since high school, all of which leaves her yearning for the solitude of home. But somewhere between flower arranging and water aerobics Helen discovers that it’s never too late to make new friends and perhaps even find a new love.

The film, released by Gravitas Ventures and Universal Home Entertainment, hits June 11 in theaters and On Demand.

The series details the past four decades of the Lakers, and contains colorful and emotional new interviews from over 35 people within the organization, including the Buss family, legendary coaches Pat Riley and Phil Jackson, and NBA Hall of Famers Magic Johnson, Shaquille O’Neal and team captain Kareem Abdul-Jabbar, among numerous other current and former players. Also featured are interviews with a range of high-profile fans and a treasure trove of archival footage featuring never-before-seen interviews with the Lakers late owner, Jerry Buss.

While Andrew Garfield backtracks on denials he’s part of the next “Spider-Man” film, speculation is rife Garfield’s Spider-Man may be part of the “Venom” universe, too!  [More…]

Ahead of the trailer, Universal Picures have released the first stills from Matt Damon’s latest “Stillwater”. 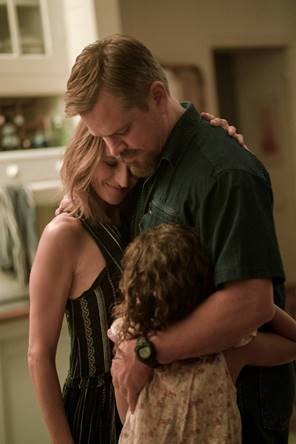 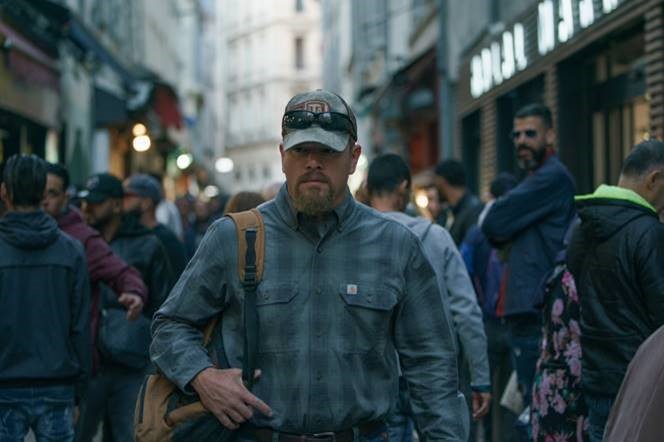