Before the critically and commercially acclaimed “The Invisible Man”, the last real studio invisible fiend flick would’ve been Paul Verhoeven’s “Hollow Man” in 2001.

Though similar in tone, it could be said that Verhoeven’s film -which starred Kevin Bacon as the unseen rogue – isn’t as unique and crafty as Leigh Whannell’s film, and one of the film’s stars totally agrees. 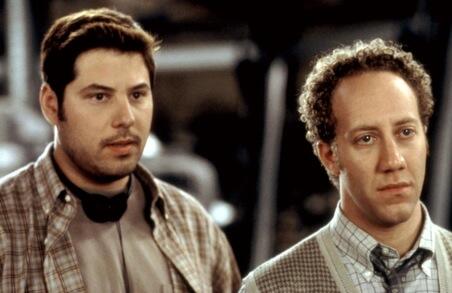 “I haven’t seen it yet, but even the trailers have the right message”, actor Greg Grunberg, who co-starred opposite Bacon and Elisabeth Shue in the film, tells THR. “When I was on Hollow Man, I was a newbie; I was green. When I looked at the script, I thought it was so simple. The first thing the guy does when he’s invisible is grope one of the women in the movie. I never liked it when I saw that; I just thought it was so simple. And I called them on it a little bit. I said to Paul (Verhoeven), “What are we doing?” I loved the special effects, but I just thought the movie could’ve been so much deeper, so much richer in story and how this character dealt with what he was going through. One of my favorite scenes was when he pulls up next to those kids, makes a face and tries to scare them. That, to me, was relatable in an every-day setting. I’m not unhappy with Hollow Man or my relationship with all those people. I loved working with Paul; I loved working with everyone from Lisa Shue to Josh (Brolin) to Kevin (Bacon) and Joey Slotnick, who’s one of my best friends. But, I’m really looking forward to this new one because it looks like the best version of what Hollow Man could have been in certain ways”.

With “The Invisible Man” available early on digital – it hit earlier today – because of the Coronavirus pandemic, it’s likely Grunberg will have a chance to see it real soon.