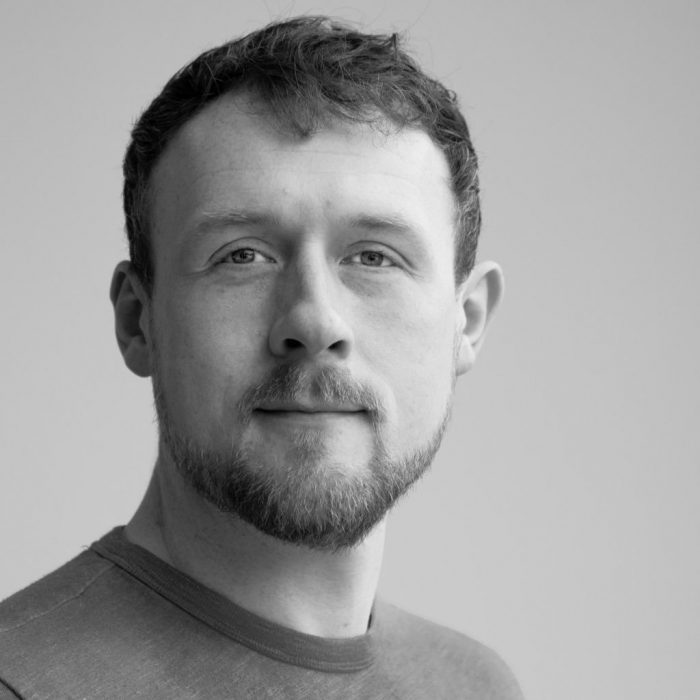 It’s not uncommon for feature films to begin their life as shorts. For some directors, the short form is exactly what the story they’re telling demands; for others, it’s a way to demonstrate the concept for what could hopefully develop into a feature film down the track.

Whatever the case, it’s always fascinating to compare the two: Damien Chazelle’s Whiplash grew from a 2013 short to a feature film that scored three Academy Awards in 2015.

The Cleansing Hour, directed and written by Damien LeVeck with co-writer Aaron Horwitz, came to life through this transformative process. In 2016, LeVeck and Horwitz produced a nineteen-minute horror short of the same title – and in 2021, they’re set to celebrate the home release of The Cleansing Hour as a fully-fledged feature film.

Kyle had the opportunity to discuss The Cleansing Hour with Damien, including its evolution from short to feature film and how his own upbringing influenced some of the movie’s darker themes.

The Cleansing Hour began its life as a short film back in 2016. Obviously, that was a while ago. Aside from the expanded budget and runtime, what were the most significant changes you decided to make in the process of turning a short into a feature film?

Damien: There were quite a few. The short film will be available on the DVD for anybody who wants to see it; I think that’s a huge selling point for the DVD itself. Everyone should check it out just so they can see how this thing has evolved.

The essence of the plot is the same, but whenever you expand an eighteen minute short film into ninety minutes, you can take a lot more time with the characters. So I was able to build out the relationship of all the characters to one another.

In the short film, the girl who’s sitting in the chair is not actually Drew’s fiancé – it’s just another actress. So I was able to turn it into a bit of a three-hander film, and raise the stakes by making the girl in the chair someone who you’re going to care about a lot more.

Visually, I changed it quite a lot. The short film is a lot more glossy; a lot more bright. I wanted to go with something bleak, grittier, very Evil Dead looking – shallow focus. I had a great DP, Jean-Philippe Bernier, who really helped me bring that to life and move very quickly with the way that we designed the lighting, etc.

That’s cool. I always love to get a sense of what major changes a short film goes through when it’s expanded into a feature, because not everything is immediately apparent to the viewer. 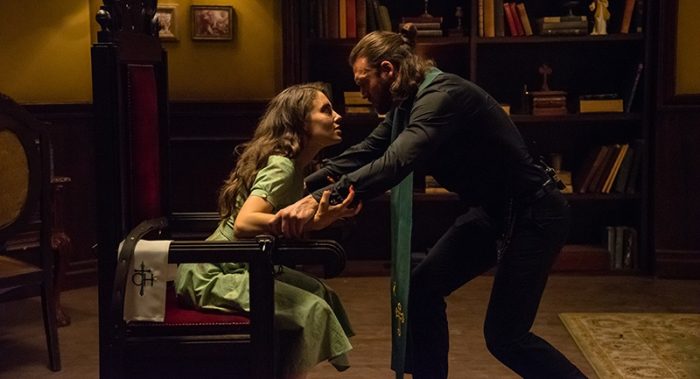 There’s a recurring theme throughout the film of Catholic guilt. I know my own family experienced varying degrees of that growing up and throughout their lives, and it’s something that sticks with The Cleansing Hour’s protagonists throughout theirs.

I’m wondering if that’s something that comes from your own background, or whether it’s just something that’s interesting to you as a writer?

Damien: I’m an amateur theologian; I talk about religion and philosophy and study world religions and that sort of thing. But yes, I was raised Roman Catholic. I’m a recovering Catholic, as they say.

But this movie is very personal for me. There’s so much from minute to minute that’s part of me, like the Catholic guilt idea that you picked up on. It’s very much inspired by my childhood. The experiences that Max and Drew had together in their Catholic grade school is inspired by own experience in Catholic grade school – in fact, the scary nun teacher is based on my grade school principal from that time. So I draw from all of these personal sources, and that’s the reason why you see it there.

I was baptised as a kid and attended church when I was quite young, but I’m not religious at all. For that reason, I’m always fascinated by films that deal with sceptics and non-believers being confronted with the same forces they deny.

Damien: I like this genre a lot for that reason, because it induces thoughts of your soul, your mortality, what happens after you die; you have angels and demons, etc. That scares people a lot, this idea that this unseen entity could enter your body and influence you or just completely take control.

Regardless of your religious background, I think it’s something like 85% or 90% of the world’s population believes in some form of afterlife. I think – in terms of whether or not they want to watch it – that’s one of the reasons why people are so polarised when it comes to this genre. They either love it, or they’re terrified.

It’s funny, really; so many of us are scared by films about vampires and zombies and other creatures we mostly believe to be a complete fantasy. So whether we truly believe in what we see in a horror movie doesn’t necessarily matter. 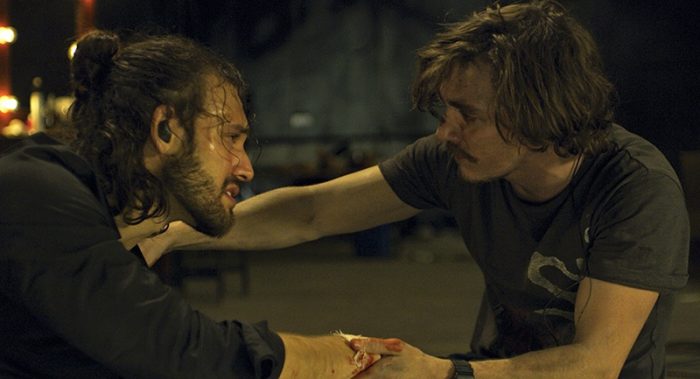 One thing I did pick up on and truly enjoyed was the live chat feed accompanying the film’s live-stream. I don’t know why, but it’s something I always pay close attention to if there’s a fake Instagram or YouTube app in a movie.

It’s obvious you put a lot of effort into that, because it looks so much like a real chat – the degree of mayhem, spam and grotesque usernames is uncanny.

Damien: I would suggest everyone buy the DVD just for that, because you can pause and read what it all says, and there’s a whole other movie to be watched that way. They’re hilarious if I do say so myself! I’m touched that you picked up on this, because it’s a detail that we put a lot of work into.

The story behind how we did the live chat is that I knew that I wasn’t going to be able to pull it off by myself. I invited about ten or fifteen friends over to the house; I got them all liquored up. They all had a laptop with them, and we went through the movie scene by scene. Every time we talked to a webcast camera, we had them filling out a shared Google doc with a username and that person’s comment. 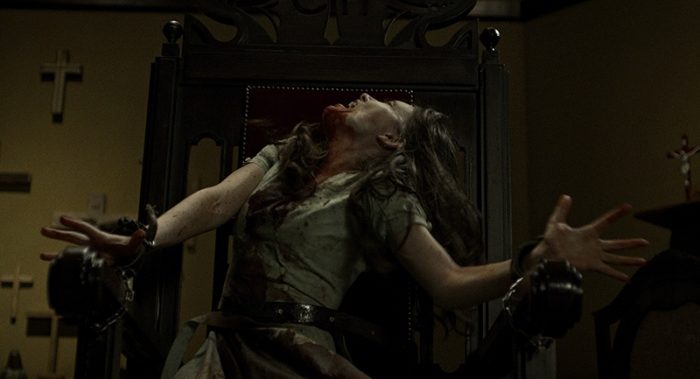 What’s cool about it is that we had a really diverse group of people doing it. I think we had about four or five different languages in the room at the same time. People were writing in different languages on there, pretty much just saying whatever the hell they wanted to say.

The only direction I ever had to give anybody was, “let’s try and find something that’s not so grotesque in here sometimes”. There were some nice people watching who were empathetic to the characters on-screen!

The Cleansing Hour is available on VOD, Digital (including Shudder) and DVD from January 19.

Max and Drew run a popular webcast that streams “live exorcisms” watched by millions across the globe. In reality, the exorcisms are just elaborately staged hoaxes performed by paid actors. But their fortunes take a turn when one of the actors becomes possessed by an actual demon and takes the crew hostage. In front of a rapidly growing audience, the demon subjects the crew to a series of violent challenges, threatening to expose the dark secrets they’ve been hiding from each other unless they come clean and reveal they’re impostors before the show is over.