More spin-offs to the “Fast and the Furious” franchise are coming -beginning with a direct sequel to “Hobbs & Shaw”. [More…]

There’s talk that Warner Bros could be looking at bringing “Harry Potter and the Cursed Child” to the big screen. [More…]

Jennifer Tilly, Zackary Arthur, Teo Briones, Alvia Alyn, Bjorgvin Arnarson and Devon Sawa have joined the cast of the “Chucky” series at SyFy.  The television adaptation focuses on the events following a vintage Chucky doll’s appearance at a suburban yard sale in an idyllic American town. As a series of horrifying murders begin to expose hypocrisies and secrets, the town is thrown into chaos. Meanwhile, the arrival of enemies and allies from Chucky’s past threatens to expose the truth behind the killings, as well as the demon doll’s untold origins as a seemingly ordinary child who somehow became this notorious monster. 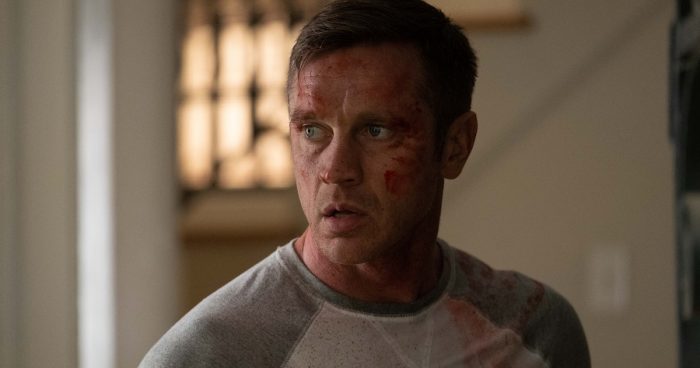 Tilly will reprise her role as Tiffany, the bride of Chucky and mother to their twin spawn Glen and Glenda. Arthur is set as Jake Webber, an easy target for Chucky and a loner; Briones is set as Junior Webber, the all-American jock cousin of Jake; Arnarson is set as Devon Lopez, true-crime junkie; and Lind is set as Lexy Taylor, Jake’s bully and Junior’s girlfriend.

The Duffer Brothers (“Stranger Things”) will executive produce a new series based on Stephen King’s “The Talisman”, which will be produced by Netflix in association with Spielberg’s Amblin Television and Paramount Television Studios. [More…]

Aisling Franciosi, Russell Crowe, Aaron Taylor-Johnson, Michael Stuhlbarg and Jared Harris will star in Sam Taylor-Johnson’s “Rothko”. The film, to be shopped at EFM, will chart how Kate Rothko, the daughter of revered U.S. painter Mark Rothko, was drawn into a well-publicised legal battle to honor her father’s legacy. [More…]

Stanley Tucci has been cast in the Russo brothers’ “Citadel” at Amazon. [More….]

Mandy Patinkin has joined Paramount+’s “The Good Fight” for it’s fifth season. “He’ll play a character named Hal Wackner, who despite having no legal training opens a court in the back of a copy shop. Somehow it catches on with people, and the lawyers at Reddick, Boseman & Lockhart are forced to contend with judgments that carry no legal weight but are nonetheless being followed by people who appeared there.” [More…]

the asgardians making an entire memorial area for the rock odin died on and for the shards of mjolnir from when hela destroyed it in the thor: love and thunder set pics… someone check on them and see if they’re okay pic.twitter.com/jpLKEPqFf9

A few more pictures of Natalie Portman as Jane Foster aka The Mighty Thor on the set of Thor: Love and Thunder from the other day