Warner Bros announced Monday that Bong Joon Ho’s Mickey 17 will hit theaters around the globe on March 29, 2024. The pic stars Robert Pattinson in the lead of an Expendable: a disposable employee on a human expedition sent to colonize the ice world Niflheim.
Steven Yeun, Naomi Ackie, Toni Collette and Mark Ruffalo also star.

A new poster and featurette for the upcoming Dungeons & Dragons : Honour Among Thieves, headlined by Chris Pine and directed by Jonathan Goldstein & John Francis Daley, has been released ahead of the film’s April 6, 2024 release. 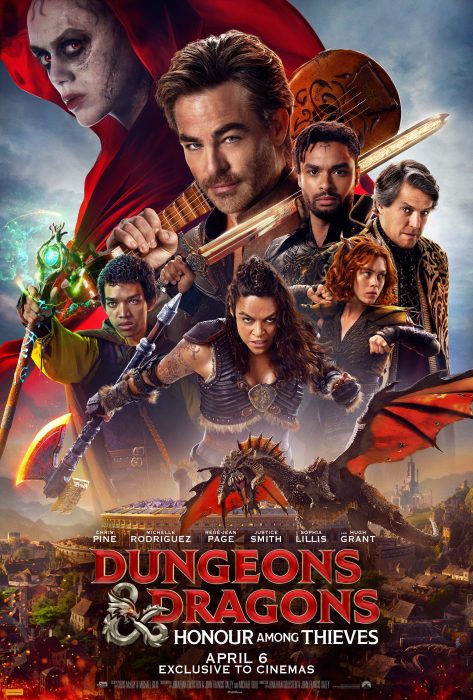