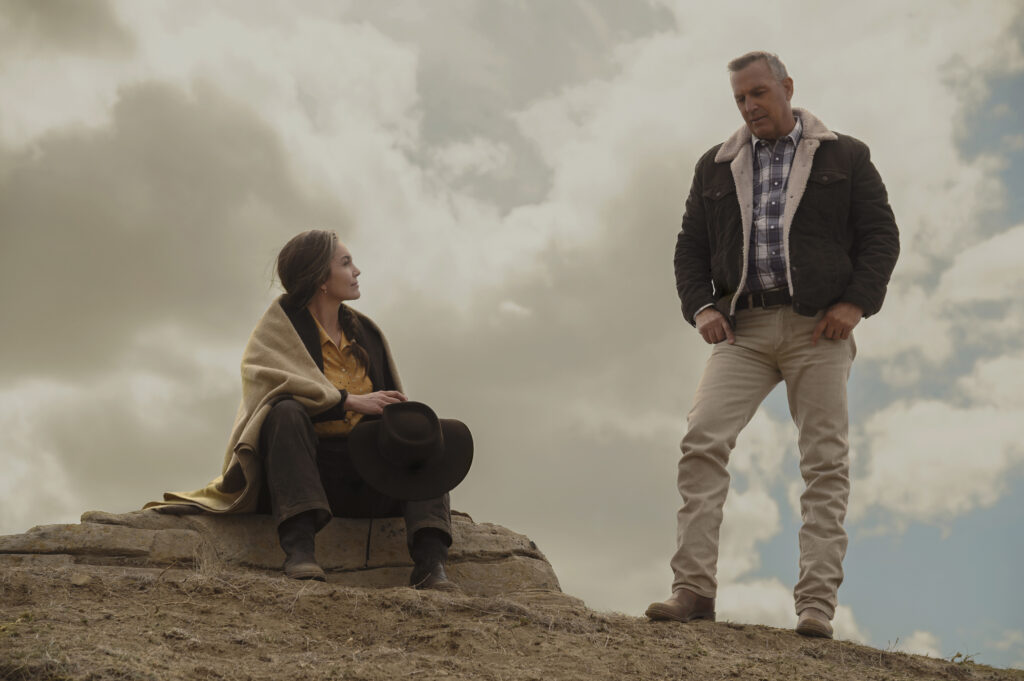 In the beautiful countryside of Wyoming a baby is being bathed. He’s one of those cute, chunky Michelin-man babies…the kind you just want to squeeze. He is surrounded by his parents and his grandparents, George and Martha Blackledge. It’s another good day in a great life. Fast forward three years and things aren’t so great. His father has died in an accident and his mother, Lorna (Kayli Carter), is remarrying. Grandma (Diane Lane) and Grandpa (Kevin Costner) say their goodbyes as the new family moves into the nearby town. But when a surprise visit reveals that the couple have moved, and taken the boy with them, the longing to reconnect with their grandchild pushes leads them on a horrific adventure.

Smartly written (by director Thomas Buzucha) and based on the novel by Larry Watson, with fine performances all around, “Let Him Go” gives a look at how far people will go to save the ones they love. George and Martha head to Montana where we learn George was once a lawman. They track down the new husband’s family but soon learn they are not a family to mess with. Headed by an evil matriarch (Lesley Manville), they intend to keep the boy and raise him as they see fit, discounting the fact that the boy’s father was George and Martha’s son. Things go from bad to worse quickly when an invitation to dinner turns into a showdown. Then they go from worse to horrific.

It’s nice to see Costner and Lane working together again, having played Clark Kent’s parents in “Man of Steel,” and both are at the top of their game. Manville steals the film with her performance. Had this film been released in the 40s every time she appeared on screen the audience would have hissed at her. The direction is smooth and the story straight ahead. Production values are strong – this is a period piece, circa the early 60s – and the scenery (the film was shot in Alberta, Canada) is gorgeous to look at.

Continue Reading
You may also like...
Related Topics:Let Him Go

The Wolf of Snow Hollow review : weird and hard to pin down but funny
The Craft : Legacy, Honest Thief Reviews
Advertisement