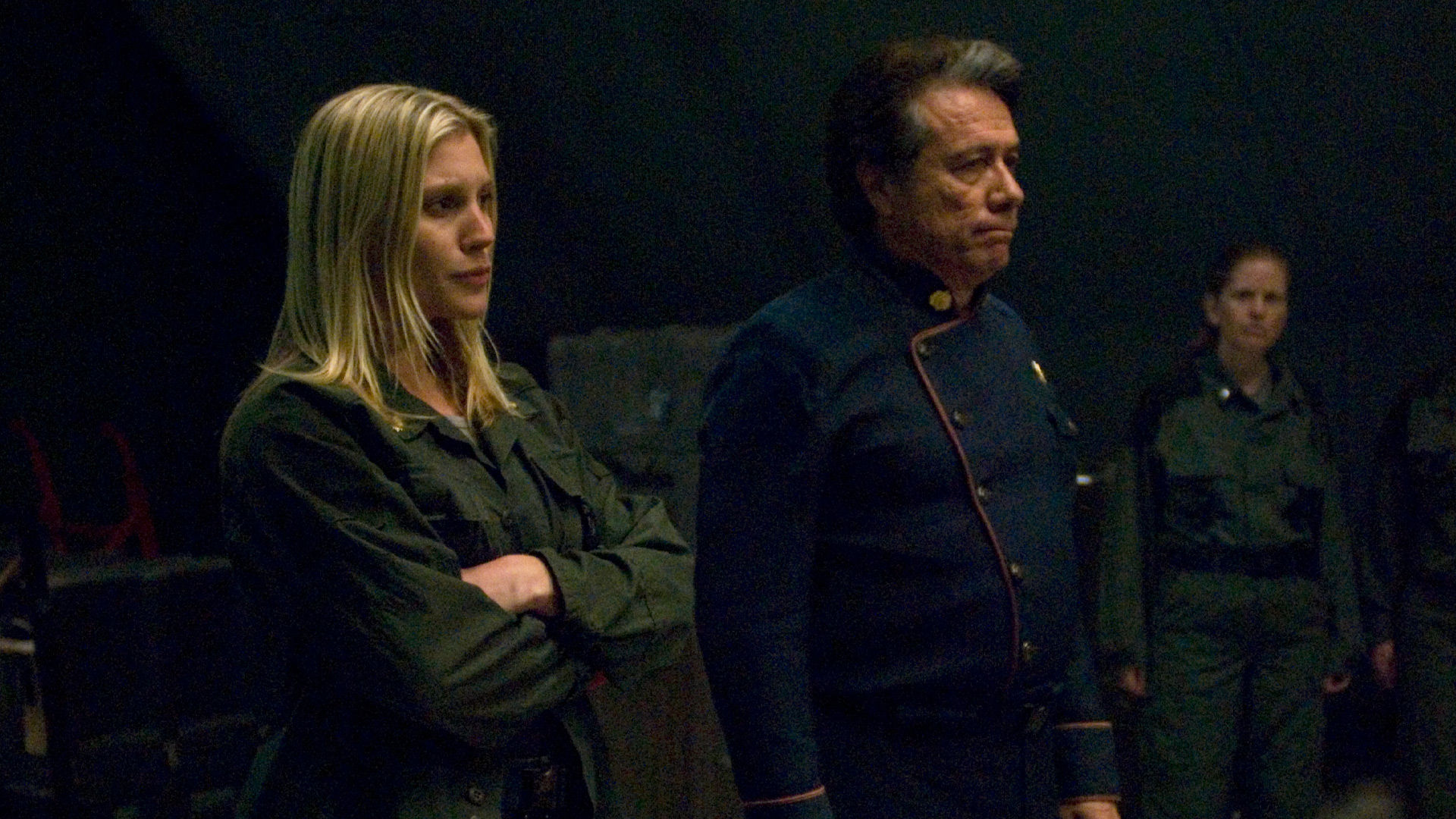 There’s a four-hour cut of the Battlestar Galactica finale out there!

Speaking to Collider, the “Galactica” and “Outlander” alum says his original cut was full of flashbacks, and other stuff, resulting in a rather non-linear wrap-up.

“The original cut was probably closer to four hours. There was a different structure in the script than what ended up on screen. The structure in the script was much less linear – it was very non-linear. I was doing flashbacks and current stuff and mixing up the flashbacks. You would see the end Laura’s story before you saw the beginning of it and then you’d come back to the present. Then you’d see another piece of Adama’s story.

It was really very challenging. When you read it…it was like ‘Wow!’ It was really a huge thing to wrap your mind around. Everyone got really excited about it. When you laid it out like that in film it was really hard to follow. As much as I wanted it to work, people around me were going ‘I’m not sure it works. Maybe you should make it linear’.

Then I started feeling like maybe you’re right. So it just became a more linear piece in that all the flashbacks lined up chronologically instead of doing them all the flashbacks out of order. Once you did that it changed the fundamental structure.

There were some scenes that worked and some scenes going too long. So that’s the difference between the four hour and the three hour was. It was really just changing the structure, tightening up, and making the usual cuts and edits you do on almost any piece of film to just get it down to its fighting weight.”

Moore says he hasn’t seen his cut but confirms it’s existence – so let’s get that petition going, fans!

Continue Reading
You may also like...
Related Topics:Battlestar Galactica