Distributor New Line Cinema and producer Threshold Entertainment had high hopes for a franchise, even signing star Robin Shou (Liu Kang) to a three-movie contract. But after the dismal performance of 1997’s “Mortal Kombat : Annihilation” at the box office, let alone the ugly reaction to the film itself from both critics and fans of the series (heck, even the game’s co-creator Ed Boon hated it), it was no longer a given the “victorious” original would spawn a second sequel.

Still, that didn’t stop Threshold from continuing to push a third movie – even if it was uphill.

Under the title “Mortal Kombat : Devastation”, Threshold’s brass pushed ahead with plans for a new film in the series.

The script would reportedly explain how a previously-deceased character like Ashby’s Luke Cage could return for another bout – they’d travel through time.

Sean Catherine Derek and Lawrence Kasanoff’s idea involved Cage being brought back to help his friends take down Quan Chi and the newly-resurrected Shang Tsung.

“They have a great idea for the third one”, Christopher Lambert, reprising his role as Raiden, told Loaded at the time. “It will be very different. We are going to be traveling through time but in a very special way. So imagine characters having a battle in the middle of London and then whoosh, you smash through a window and find yourself on the hood of a New York cab.” 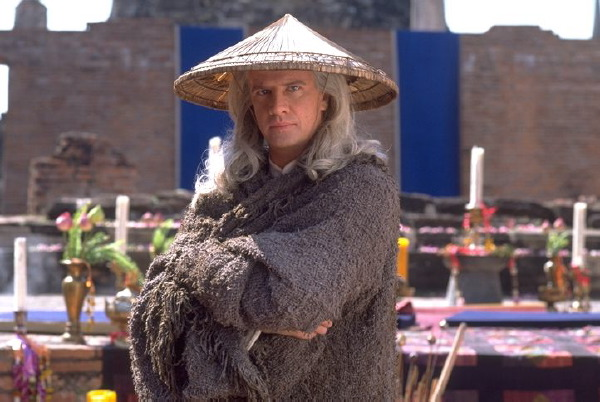 The original script for the film, penned by Drew McWeeny and Scott Swan, was ultimately scrapped with the producer’s opting to take over writing duties themselves.

Christopher ‘mink’ Morrison, director of Steven Seagal vehicle “Into the Sun” (2005) , was tapped to direct.

‘mink’, as the filmmaker prefers to be billed, told Moviehole at the time that while the film would ideally see most of the cast from the first two “Mortal Kombat” films reprise their role, he likened the project as more of a “re-envisioning” than a direct sequel. He also hoped it would be a better-looking, more epic take on the property.

“Today’s audience is a savvy involved group so the film must be A-plus plus in every area in order to capture the magic of the first film. It is taking the entire concept to the next level across the board in every area visual design, story, cast, FX, photography and most importantly the fighting scenes. The original Mortal Kombat game was born a child of many visual loves by the creators at midway so this latest version borrows heavily from that pioneering spirit and must be thought out and executed at the highest level in order for it succeed in today’s market place. This is no overnight task.” 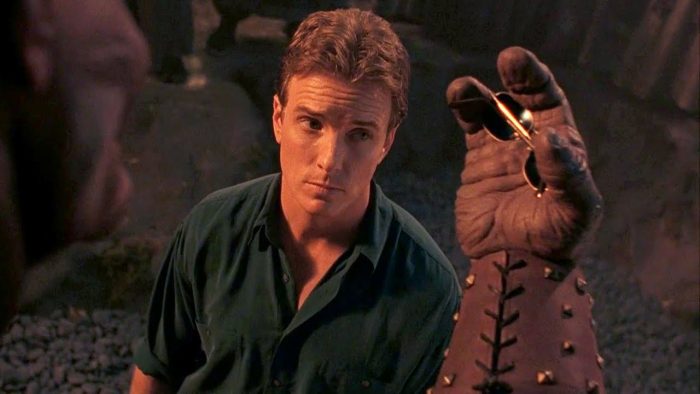 mink had mentioned that the financing wasn’t coming easy.

“The economy in general is a little sluggish at the moment especially in Hollywood. Indie investors are more cautious at this particular time then recently so it takes longer than ever. [Mortal Kombat] will be more than likely will be an indie film. The film’s projected budget will be between 50-60 mill.  Currently Threshold is working out the financing through a studio and or equity situation. This will take as long as needs to take.”

To help keep costs down, the production eyed Louisiana as a possible finale locale. Then Hurricane Katrina hit.

As it financing wasn’t difficult enough, production locales for the film had been completely destroyed in the disaster.

mink eventually left the production, with “Highlander” alum Russell Mulcahy – likely a suggestion of star Christopher Lambert – brought in to take over.

Warner Bros ultimately opted to reboot “Mortal Kombat”, ignoring everything from the earlier incarnations of a third film.

Actor Linden Ashby told The Production Meeting last year that the James Wan-produced reboot is a real win for the franchise.

“That franchise has been so poorly managed, in my humble opinion, and I’d love it to find a new life – and I hope it does.”