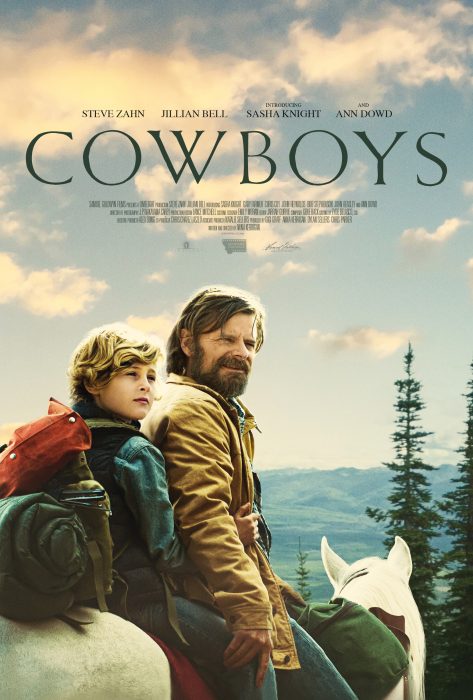 A troubled but well-intentioned father (Zahn) who has recently separated from his wife (Bell) runs off with his trans son (Knight) into the Montana wilderness after his ex-wife’s refusal to let their son live as his authentic self.

It’s a thoughtful, timely reflection on family dynamics, ever-changing perspectives towards identity and mental health and the lengths our love will take to us – no matter the cost. I had the privilege of interviewing Steve and Sasha about their experience shooting Cowboys, which is now available on VOD. Stay tuned for a further interview with Jillian Bell and Anna Kerrigan! 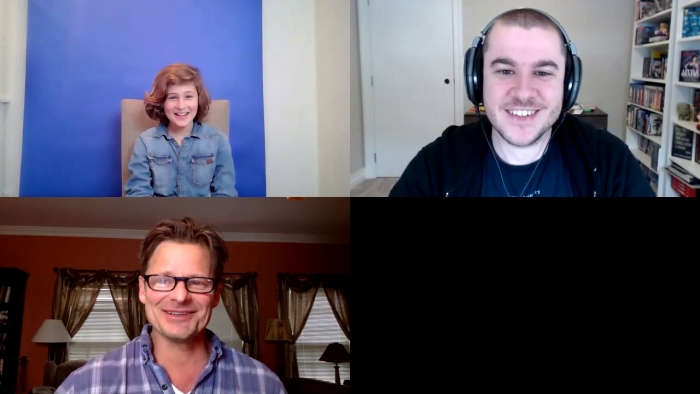 A major theme of Cowboys is the outsider. Would you agree that Troy and Joe are both outsiders in their own community, even in their own family unit, and that draws them together beyond the typical father/son dynamic?

But I think that’s the beauty of it. Sasha plays his kid, and Troy’s very accepting of him and realises he needs to do something to be there for him but he doesn’t really know how to do that. He doesn’t really do it very well, but he’s doing the best he can.

There’s a line where Troy says to his wife, “you know that Joe isn’t just a lump of clay, you can’t just mould him into whatever you want him to be”. And I find that to be so true about the parent-child relationship.

Steve: Yeah, it doesn’t matter. I have kids now that are old, but it was a conscious thing all the time. Let them be independent. Let them do their thing, as much as you want to help and get in there and prod. You know, it’s tough. 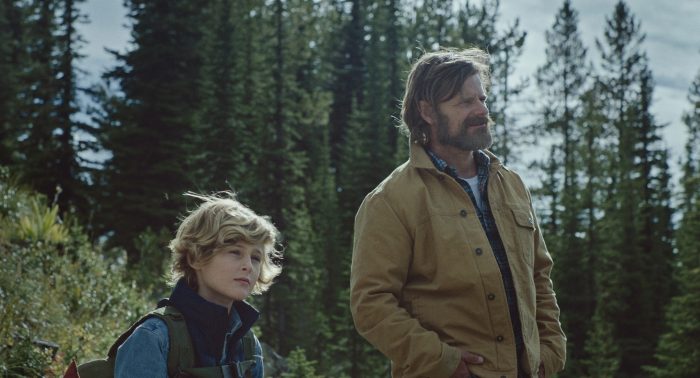 It goes without saying you two spent a lot of time together.

Maybe too much! But honestly, Steve; going all the way back to Daddy Daycare which I watched probably several dozen times as a kid, you really have a way with young actors.

Steve: I’ve worked with a lot of kids. Obviously, I now play dads because I’m an old guy. But in Daddy Daycare, I was young. And then I did Diary of a Wimpy Kid. This was completely different. This was very unique in that Sasha and I were both playing really complicated characters who were dealing with a lot inside. So I never really thought of Sasha as a kid. He was my partner, you know? And that’s the beauty of acting. You can be 80 years old and working with a 20 year old, and guess what? You’re equal. There’s no class system, there’s no royalty. Sasha’s got such an old soul. Such a great young actor. He’s so quick, he listens. And it was just so fun. We had fun, and if you’re not going to have fun doing the greatest job in the world, it’s a sin.

Sasha, the movie deals with some pretty heavy stuff. I imagine, especially as a young actor, it’s important to try and keep things light while you’re shooting.

You guys shot in an absolutely gorgeous place. When I’m watching as the audience, I’m always curious how it was shooting in that kind of environment compared to how it looks on the big screen. Did it feel like you were right out in the wilderness, or was it more like a big comfortable set?

Steve: What do you think, Sash?

Sasha: Yeah, we shot in Glacier National Park in Montana. So we were like, in the woods.

In a smaller movie – and this was a very small movie – you’re even more in the woods, because you don’t have all the comforts and trailers and crew and tents and everything else that comes along with money. So everybody kind of pitched in. I mean, there were times when I was hauling equipment over the hill, helping out. That’s the beauty of small films. Also, there are moments where you’re shooting, and you don’t see people and cameras. You actually feel like no one’s there, and we’re really just who we’re pretending to be. Those moments are worth all of it. 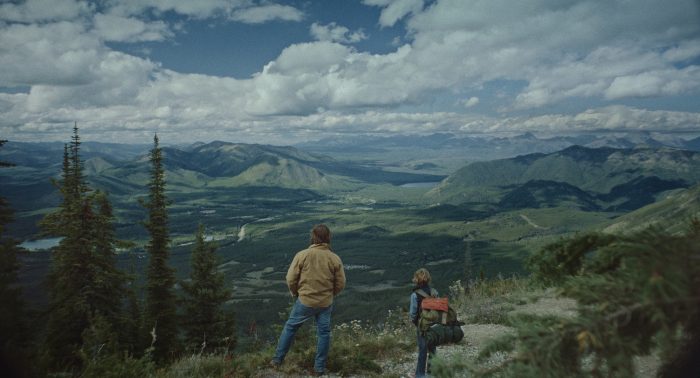 I was reading an interview with your director, Anna, where she talked about the open-mindedness of people in rural towns she’s visited, when some might expect the opposite. I don’t think there are any objectively ‘bad’ people in this movie. Troy’s wife does have an antagonistic role in the story with her struggles in understanding Joe, but nobody is necessarily a villain.

Steve: Yeah, I agree. She’s very loving. She has so much concern for her kid, it’s beautiful. She just doesn’t know how to do it. She’s a young mom and she doesn’t know how to solve what she thinks is a problem. And I agreed with you; I live on a farm in Kentucky. I live out in the sticks. I don’t see any neighbors, and people are people. When you get someone down to an individual and you just start talking, all those stereotypes and the pretense we put on other people can break down. It goes away, for the most part.

I had another question ready to fire away, but my mind’s just suddenly gone blank!

Steve: My mind’s been blank for three hours, dude.

Have you both been doing interviews all day?

Steve: I’ve had like six gallons of water. Show him your scuba tank with water in it, Sash!

You can go deep-sea diving afterwards!

Steve: Do it without oxygen, man. If you’re gonna do it for real! [laughs] 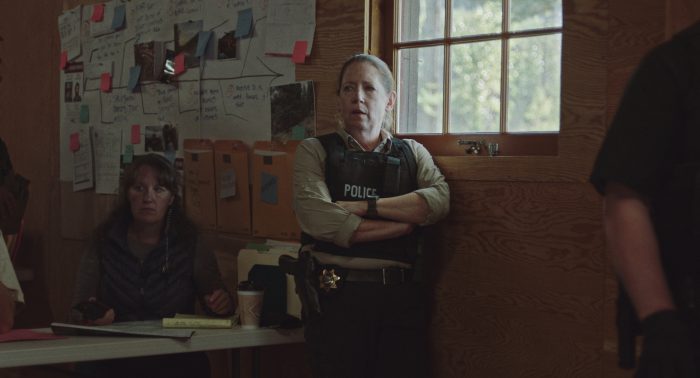 Cowboys has a great cast, and it’s always so wonderful to see the great Ann Dowd.

Steve: I got one scene with her, and she is so great to do a movie with. It’s like, wow, we have a legend in our movie! She’s just brilliant and wonderful and a good friend. If you want to learn stuff, you just watch her work. We had one scene together and we couldn’t wait. I’ve actually cast her in a movie that we’re shooting this fall.

She can be so scary in her roles, but she’s also able to show such warmth as well.

Steve: So incredibly warm. What’d you say, Sash; she’s like, the nicest woman in the world?

It’s always so interesting to see how much of a powerful contrast some actors can easily flip between. It’s similar to Jillian (Bell); I’m so used to seeing her in big comedies, so it was refreshing to see her in a more grounded dramatic role.

Steve: Yeah, I agree. I thought she was just brilliant. I find that good comedic actors are just good actors. A lot of the time if you’re doing comedy, you kill one movie and they’re like “oh, you’re funny!”. And yeah, but I do the other stuff too…but if you want, I can be a funny guy, you know what I mean? She’s just a great actor.

COWBOYS is now available on VOD.