Richard Donner’s recent passing left a question mark next to the production status of the long-gestating “Lethal Weapon 5”.

Donner, along with series staples Mel Gibson and Danny Glover, had been developing the film – based on a script titled, fittingly, “Lethal Finale” – right up until the 91-year-old filmmaker’s passing. Donner, director of the three “Lethal Weapon” films, had planned to direct the film.

According to actor Corey Feldman, who starred in Donner’s “The Goonies” (1985), Mel Gibson is considering taking over the reins on “Lethal Finale”. 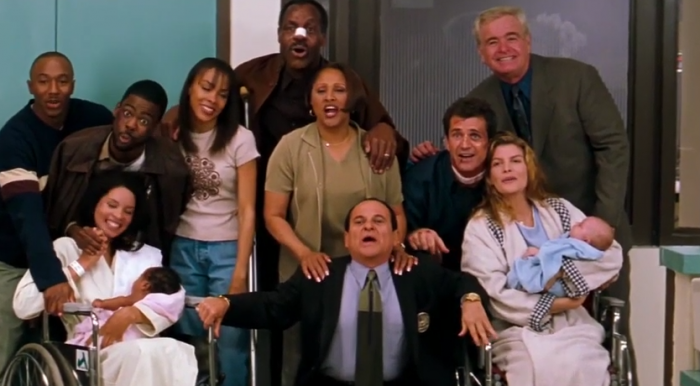 “I said I knew that there was no way [Donner] could have pulled off Lethal 5. Because, you know, he just didn’t have it in him”, the actor tells MovieWeb. “You can’t look at seven monitors at once and shoot seven cameras during these action sequences and watch every detail of everything when you’re 91 years old.”

Feldman continued: “It’s a lot of pressure… God bless him, he was motivated and he would have shown up on set and done his very best, no question. But I knew it was a lot to ask of a 91-year-old man.”

Feldman, who had been hoping Donner might direct the long-considered “Goonies” sequel, informed Gibson that folks had suggested he direct the action sequel.

“So, Mel says to me, ‘Well, you know, people have been saying maybe I should just direct it.’

“And I said, ‘You should! That would be great.’ So, who knows. The point of that was, maybe this will encourage Mel to take over the helm and direct Lethal Weapon 5.”

In November 2020, Gibson told GMA the sequel was as good as greenlit: “Absolutely. The man who was behind all of that, the man who brought it to the screen and gave it the goodies is working on it right now, Richard Donner. He’s a legend.”

Chances are, Warner Bros will be keen to put another “Lethal Weapon” out there as Donner, and his cast are, so may be inclined to let Gibson (“Hacksaw Ridge”, “Braveheart”) helm.

Wonder if Gibson will also throw Feldman a bone and give him a role in the film? It’d mark a “Maverick” reunion, too– the Donner-directed adaptation of the classic film, in which both Glover and Feldman appeared briefly in a scene with the film’s star Gibson.